The winners of a quiz that will find Gloucestershire's biggest sporting brains will be presented with their trophy by an English sporting icon.

Sir Geoff Hurst, the hat-trick hero of England's 1966 World Cup win will be the guest of honour at the inaugural Question of Sport charity quiz and dinner on March 26.

The event is raising funds for Sue Ryder Leckhampton Court Hospice and will include a Q&A with the former West Ham United and England striker during half-time in the Quiz. 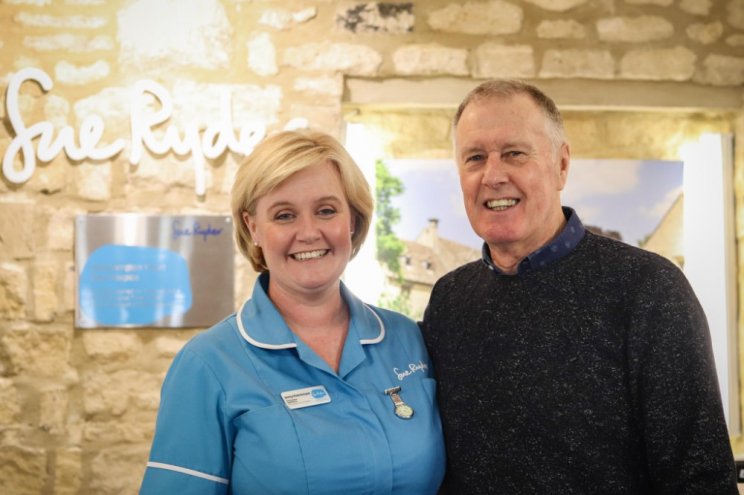 Sir Geoff, who lives in Chetlenham, said, "I'll be there to share some of my World Cup stories and help raise awareness for Sue Ryder Leckhampton Court Hospice.

"I hope to see others putting their football, rugby and sporting knowledge to the test to raise vital funds for this charity.

"The hospice is a place close to my heart as my daughter Claire received care there at the end of 2010.

"The care Claire and we as a family were given there was marvellous. The day to day caring and the medical side of things are all looked after for you.

"We didn't have to worry. It meant we could go back to being Claire's parents again."

"Sue Ryder Leckhampton Court Hospice is such a caring place, the team are so thoughtful and the place is very peaceful.

"As a family they allowed us privacy and we were allowed to be there for Claire around the clock.

"Everyone at the hospice and the care given was over and above. You couldn't fault it."

Taking place in the 1873 Lounge on Thursday, March 26, Sir Geoff will also be joined by some of Gloucester Rugby's first team squad.

Lance Bradley, Chief Executive Officer of Gloucester Rugby said, "Sue Ryder Leckhampton Court Hospice is there for families throughout Gloucestershire at a time they need support most.

"We're happy to be hosting the hospice's first ever Question of Sport charity quiz and dinner at the club, with some of our first squad coming along to make an appearance on the night too."

The winners will lift the Sue Ryder Leckhampton Court Hospice Question of Sport trophy, presented on stage by Sir Geoff Hurst at the end of the night.

Managing Director of SW&L, Simon Marklew, said "We're really looking forward to the first ever Question of Sport raising vital funds for Sue Ryder Leckhampton Court Hospice so they can continue to be there for families across Gloucestershire.

"The hospice is a cause close to many people's hearts, and we're thrilled to be giving our support to this great new event which will be a lot of fun while supporting the work of the volunteers and staff at the hospice.

"We hope lots of other local businesses will join us on the night for a bit of sporting competition."

Mark Owen, editor of Punchline-Gloucester.com, media partners for the event, is looking forward to attending the quiz.

He said, "The care given by Sue Ryder Leckhampton Court Hospice is a lifeline to many families at the most difficult of times, so I'm proud Punchline-Gloucester.com are media partners for their first ever Question of Sport.

"We are fielding a team on the night, and we're gunning to lift the Question of Sport Trophy."

Matt Reay, Senior Community Fundraiser for Events at Sue Ryder Leckhampton Court Hospice, added: "We're thrilled to have the backing of some real sporting heavy weights for our first ever Question of Sport, and our premier tables are sold out already. Be quick off the mark to secure your table if you don't want to be left on the bench."

Tables are limited so book early to avoid disappointment. To secure your team's table email leckhampton.events@sueryder.org  or call 01242 246 162.