Enforcement action for unauthorised use of agricultural land as traveller site

Enforcement action taken by Tewkesbury Borough Council against the use of land at Elmstone Hardwicke as a traveller site has been upheld by the Planning Inspectorate. 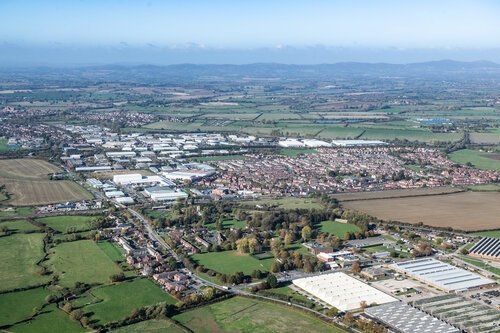 In June 2020, council officers discovered that former agricultural land at Cursey Lane, Elmstone Hardwicke was being occupied by a traveller family living in a static caravan, and that a hard surface had been created with hard-core and aggregate.

The council felt that access to the site already suffered from inadequate visibility, and that any increase in its use would have an adverse effect on road safety and constitute a significant danger to road users.

On 9 September 2020, Mr. Eugene Ayres, the owner of the land, lodged an appeal on the grounds that planning permission for use as a traveller site should be granted and that demands to restore the land were disproportionate.

The matter was decided on 9 December 2021, when Mr Ayres's appeal was rejected by a planning inspector. The inspector agreed with the council that the use of the site by travellers would render an already substandard access dangerous to all road users. He also agreed that the hard surface should be removed and the site restored.

Councillor Mel Gore, lead member for built environment, said: "I'm delighted that the inspector considered our enforcement action was justified and that this appeal was rejected.

"Our main concern here was a safety issue, but this outcome should serve as a warning that any unauthorised use of land will not be tolerated and the council will take appropriate measures to ensure that regulations are adhered to."