Gloucestershire County Council has unveiled three new plug-in electric highways vans, which will be used to help repair roads across the county. 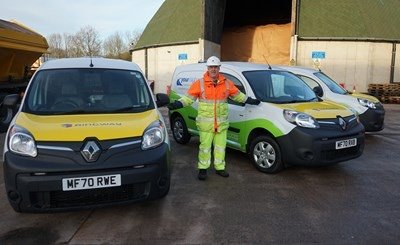 Pollution from traffic makes up about 34 per cent of Gloucestershire's total carbon emissions so the switch to electric and hybrid vehicles plays a key part in the council's fight against climate change.

The county council announced earlier this month that it has cut its net corporate CO2 emissions by 97 percent since 2006/7, and work continues to do more.

These three new ultra low emission vans are 100 percent electric, and will be used by highways employees who are out and about inspecting Gloucestershire's roads.

Highways inspectors can drive between 15,000 and 20,000 miles a year. It is claimed the three electric vans will together save up to 16.2 tonnes of CO2e each year,  when charged using renewable electricity. 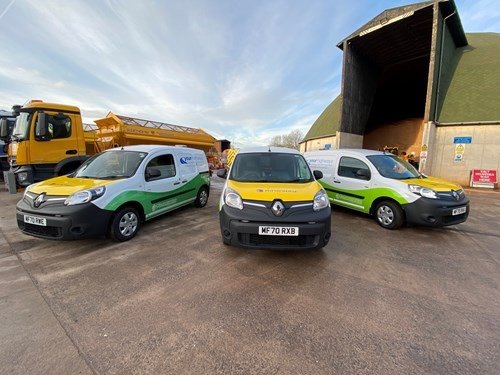 Cllr Vernon Smith, cabinet member for highways, said: "Switching to electric vehicles where we can is one way to bring down carbon emissions. This is a really exciting and I hope this is an important step in seeing more electric vehicles across the council and across our county. "

Cllr Nigel Moor, cabinet member responsible for climate change, said: "Electric vehicles have a key role to play in helping us cut carbon. Over the last year we have seen a significant take up of electric vehicles using charging points around the county. While we've cut the council's carbon emissions by 97 per cent there's still much more to do.

"If residents have ideas for possible locations for charging points we would like to hear from you - please email electricvehicles@gloucestershire.gov.uk"