Gloucestershire has gone blue with the Conservative party claiming a clean sweep of all six county Constituencies.

Prime minister Boris Johnson will call upon support from Cheltenham, Gloucester, Tewkesbury, Stroud, the Forest of Dean and Cotswolds as part of his new majority government.

Across the county more than half of the voters, put their tick in the Conservative box with all five of the defending Gloucestershire Tories holding their seats.

In Gloucester, Richard Graham easily held off the challenge of the Labour party to win by more than 10,000 votes.

Mr Graham increased his share of the vote by 3.9 per cent and claimed more than half of the available votes for a majority in excess of 10,000 to return to Parliament for a fourth time. 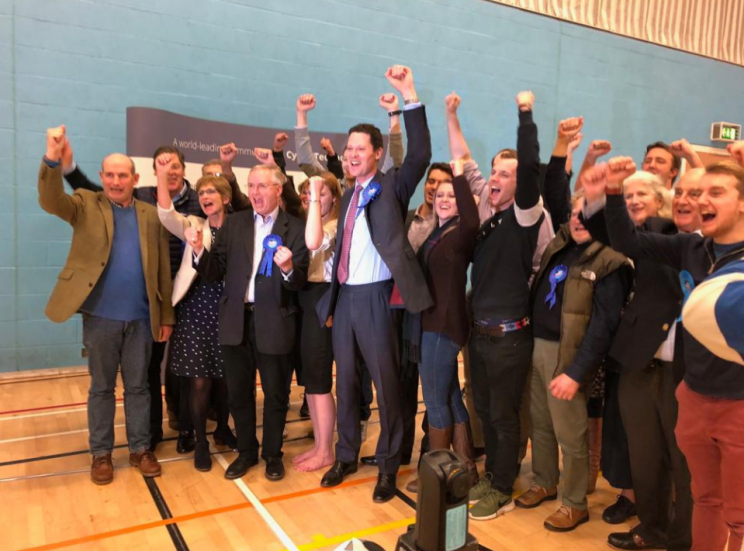 In the end, Mr Chalk who was first elected to serve Cheltenham in 2015 won by less than 1,000 votes despite the early BBC, Sky and ITV exit poll announced at 10pm claiming he had just an eight per cent chance of retaining his seat. 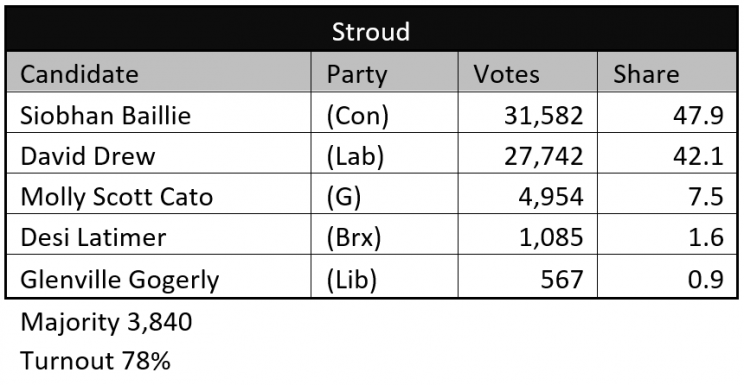 Elsewhere in Gloucestershire, Mark Harper continued his grip on the Forest of Dean constituency, claiming nearly 60 per cent of the vote in the constituency.

In Tewkesbury, incumbent MP Laurence Robertson saw his share of the vote decrease slightly, but still claim an emphatic win in one of two traditionally safe county seats.

There was also a similarly, big win in the Cotswolds for Sir Geoffrey Clifton-Brown. Again the incumbent MP lost a small share of his vote, but he still returned with a huge majority.

Added together, the results from the six Gloucestershire constituencies saw 55 per cent of voters across the county vote Conservative with 191,119 of the 348,753 votes backing Tory candidates.

Nationally, the Conservatives were also celebrating, returning 47 more MPs than in 2017 while Labour lost 59 seats.

The Conservatives are expected to hold a majority of 80 seats in the new parliament with 365 seats, with Labour second on 203 and the Scottish National Party claiming 48.

The Liberal Democrats lost one seat to slip to 12 on a night that saw their leader Jo Swinson lose her constituency battle forcing the first of what will be many leadership battles in the coming days.

Labour leader Jeremy Corbyn announced after retaining his Islington North constituency that he would not fight another General Election, but gave no idea as to when he would resign.

Boris Johnson gave a euphoric speech claiming that it was now time to "Get Brexit done, but first get Breakfast done."