Man who sold cannabis to people with health issues sentenced 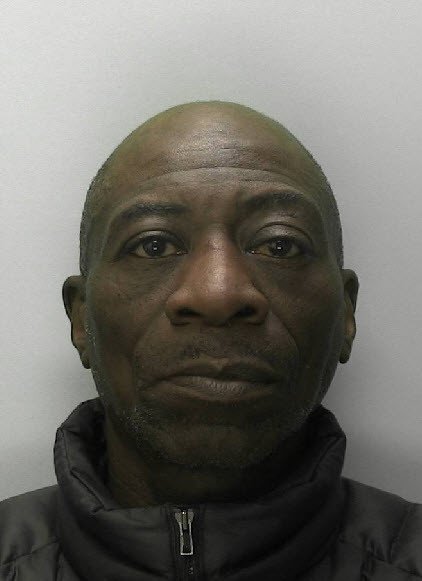 A Dursley man who sold cannabis to people suffering from health issues has been sentenced to a 12 month suspended jail term.

At Gloucester Crown Court last Friday (May 7) Christopher Fagbohun, 57, of Long Street, Dursley pleaded guilty to possession of cannabis with intent to supply on Aug 27th and again on September 4th 2019 and being concerned in the supply of cannabis over a number of months.

Ian Fenny, prosecuting, explained that at 6am on Tuesday August 27th 2019 a warrant was executed at Fagbohun's home where police seized 660 grams of cannabis, valued in street deal terms at around £6,600, and cash totalling almost £1,800.

Mr Fenny added: "A week later on September 4th Fagbohun was stopped in his Mercedes car by police who notice a very strong smell of the class B drug coming from inside.

"The car was searched and 115grams of cannabis was discovered along with two burner phones containing a large amount of drug dealing traffic messages on them."

Steven Young defending said: "This was not one isolated incident offence but two arrests over the charging period.

"Fagbohun was addicted to cannabis but has reduced his use of the drug significantly since the time of his offending. He was also helping others with similar conditions.

"He is also taking the legal supplement CBP to help him with his health conditions. Fagbohun is genuinely remorseful over his actions.

"He is a carer for somebody who is not a relative - this goes to show his character and kind of person he is. He would be a benefit to any community who is often helping others.

"He readily admits cannabis is an illegal drug, but he was using it to alleviate pain and is now trying to wean himself of the drug."

The judge, Recorder David Chidgey, said: "This was a significant cannabis drug operation which lasted for a fairly long period of time.

"Only a custodial sentence can be justified. However, you have shown significant remorse and you are a carer for another. I feel I can suspend it as there is a realistic prospect of rehabilitation."

The recorder sentenced Fagbohun to a prison term of 12 months, suspended for 18 months. He ordered him to undertake a six month rehabilitation programme. He also ordered that Fagbohun carries out 150 hours of unpaid work and attend a monthly judicial review.

The judge also ordered the forfeiture and destruction of all drugs, relevant paraphernalia and mobile phones and the confiscation of £1,795.08 recovered as the proceeds of crime.