The annual Gloucester Day parade celebrates the lifting of the Siege of Gloucester in 1643 and for the first time it will be given the Royal seal of approval.

The Siege Of Gloucester was one of the turning points in the English Civil War and Gloucester Day has become one of the most popular events of the year, attracting thousands of spectators. 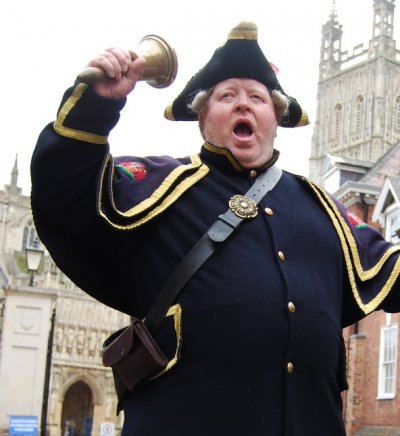 This time, their Royal Highnesses the Duke and Duchess of Gloucester will take the salute, as veterans of the armed forces along with cadets, representatives of the emergency services and charitable organisations, march proudly past.

Additionally, the Royal couple will meet many of those taking part as well as witnessing a special ringing of Gloucester Cathedral's bells and attending a thanksgiving service at St Mary De Crypt church in Southgate Street.

Another first is a connection to the USA. The event will be attended by Carol Steele, who is county administrator for Gloucester County, Virginia. Her involvement is part of a chain of events intended to link places named Gloucester around the world.

As usual, the proceedings are organised and presided over by Alan Myatt, who is marking 35 years of being our city's Town Crier.

Alan said: "The people of Gloucester always give massive support to this event and having their Royal Highnesses here will make it all the more special. It will be great for Gloucester Day and Gloucester in general."

Gloucester Day, which takes place on Saturday September 3rd, kicks off with the Mock Mayor of Barton parade and ceremony commencing at 11am followed by a thanksgiving service at St Mary De Crypt church. At 2pm, the Gloucester Day parade begins.

Both parades start from Constitution Walk, behind the City Museum.