Drugs gang leaders to pay a fraction of their £175,000 profits 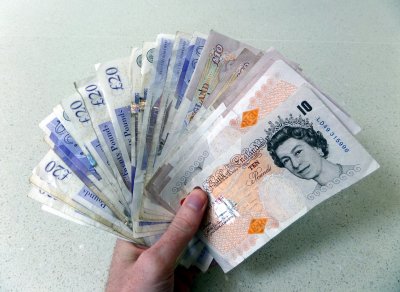 Four men who made almost £175,000 from selling 'high grade' cocaine in Gloucester during 2016 have now got only just over £4,000 of the money left between them, a judge has accepted.

At Gloucester crown court on Friday (February 1), Judge Michael Cullum certified that the total benefit from crime of the four men was £174,300 but that they have assets of only £4,261.05 for confiscation under the Proceeds of Crime Act.

The ringleader of the conspiracy was Tariq Dad, 50, a member of a notorious Bristol drug dealing family, who is now serving a 14 year jail term for running the Gloucester racket. The judge ruled that Dad profited by £10,000 but now has no assets available for confiscation.

Judge Cullum made a nominal £1 confiscation order against Dad and gave him one day's prison in default of payment.

Teale's benefit was certified as £77,000 but his only asset was declared to be £240 that he had on him in cash when he was arrested. Judge Cullum ordered confiscation of that money with 14 days jail in default.

Teale and Moolla are serving 7-year jail terms and Malik four and a half years.

Dad, Majid and Teale were found guilty at the end of a two-week trial last February of their involvement in the drug dealing. Moolla pleaded guilty.

Dad, who had two major drug supply previous convictions, was on parole at the time of the Gloucester operation.

He was said to have made so much money from his previous drug dealing that he led a luxury lifestyle and at one time had fast cars, an offshore bank account holding more than £400,000, and £85,000 in cash. But the court accepted that all those assets are now gone and he is penniless.

During the trial in February 2018 Malik, Dad, and Teale, all denied conspiring together and with Moolla, to supply cocaine in Gloucester between 14 June and 22nd Oct 2016.

The court heard that Malik was the only survivor of an horrific motorway crash in June 2016 in which three other people in the car with him were killed.

He was a passenger in a Mercedes driven by Sulamain Sedoo, 24, who was killed, along with the other two passengers, when it crashed during a race with another car driven by Mr Sedoo's brother, Sabbir, 28.

The jury heard during the trial that Malik was still on crutches at the time of the drugs operation.

The four defendants were all arrested following police surveillance when officers pounced on the evening of 21st October 2016 and intercepted a drugs deal in Gloucester, the prosecution said.