A determined Cheltenham drug dealer, who imported an armoury of illegal weapons into Birmingham Airport from Bulgaria and kept on offending afterwards despite several more arrests, has been jailed for four-and-a-half years.

Valdes Damanov, 22, of Kingsmead Avenue, Springbank, blatantly brought the assortment of knuckledusters and knives into the UK six months after he had first been arrested for drug dealing and was waiting to be charged, Gloucester crown court was told.

Hs arrest on October 23, 2018 had come after police saw him acting suspiciously in Cheltenham and followed him back to his address, said prosecutor Janine Wood.

"When the police entered his home they found him trying to dispose of the drugs down the toilet," she said. "However, a quantity of class A drugs were retrieved from the toilet bowl. 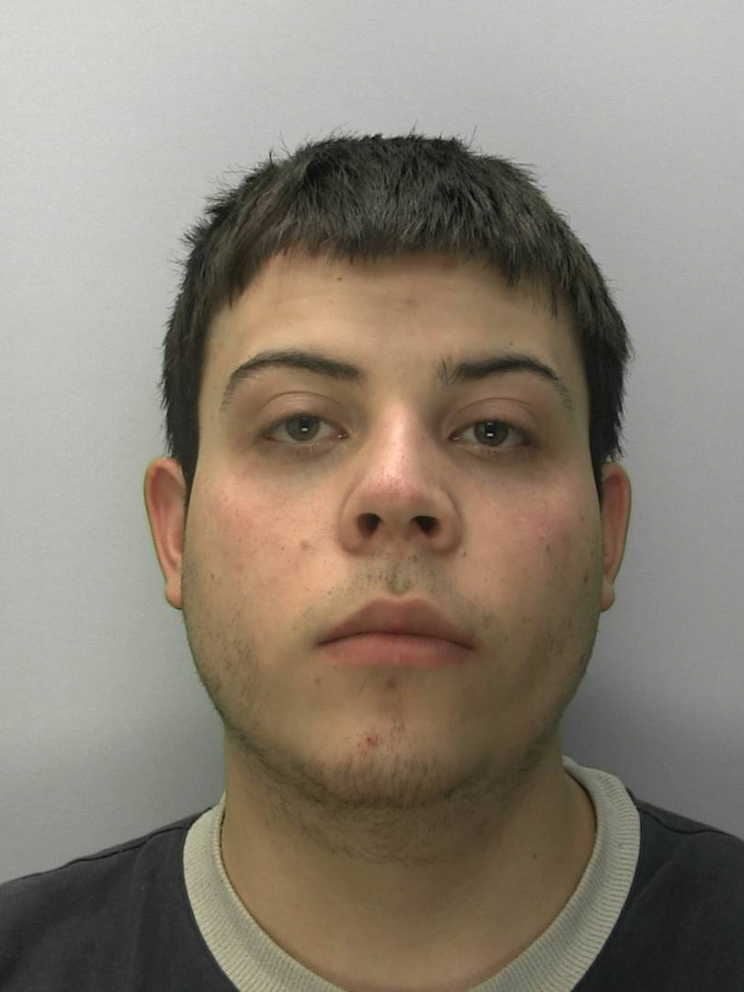 "The police also recovered a number of mobile phones during a search of the property, along with drug paraphernalia and wraps valued at £70, along with cash totalling £1,185.

"Damanov was released under investigation, but before a charging decision could be made he was arrested at Birmingham Airport on May 7, 2019.

"He had arrived on a flight from Bulgaria, and when his baggage went through the X-ray machine, it was discovered to contain some offensive weapons.

"Inside the baggage, customs officers found three knuckledusters, a butterfly knife and a lock knife."

The court was told that Damanov was then arrested again seven weeks later, on 26th June, when police attended his home address in Kingsmead Avenue, as part of an ongoing investigation. He was found with two mobile phones on him, which had evidence of drug dealing on it.

The prosecutor added: "When police also found items of drug paraphernalia, £340 worth of drugs and £245 in cash, they then noticed Damanov trying to swallow a wrap of drugs. A violent struggle ensued, during which the cocaine wrap was retrieved.

"The garden was also searched and six packages of drugs were found."

The court was told that police arrested Damanov again on 13th October 2019, on suspicion of being concerned with drug dealing, but was only found with £715 on him and no evidence of any drugs.

Mrs Wood suggested to the court that when Damanov was first released on police bail for the offences committed in October 2018 he continued drug dealing by sending out bulk text messages until he was arrested again on February 24, 2020.

Mrs Wood said: "Damanov originally claimed in October 2018 he had turned to dealing to pay off his drug debt. But he continued dealing until he was arrested this year and the evidence shows that he was dealing throughout this time, because of the multiple messages on his phones.

"Damanov was spotted by police on February 24 this year retrieving a bicycle that had been parked up for a while and followed it to an address to which the occupant later confirmed to police that they had been supplied with a small amount of cannabis by the dealer.

"Damanov's home address was then searched again and £660 in cash was found, along with drug paraphernalia and mobile phones indicating he was still drug dealing."

Sarah Jenkins, defending, said: "The amount of drugs found on Damanov, indicate a street dealing operation and was being done for his own financial advantage.

"The reality is that he started out at a low level before getting himself in much deeper. Over time he became entranced in the role which soon became his normality.

"This was an ongoing enterprise for which police attended his home address on a number of occasions and found him in possession of drugs.

"Damanov states that the weapons were purchased in a street market in Bulgaria and he describes them as being decorative collector's items."

Judge Michael Cullum said to Damanov: "You have to be sentenced for serious class A drug dealing that date back some 18 months.

"You were busy supplying these drugs, having already been found in possession of heroin and cocaine on numerous occasions.

"You didn't stop dealing throughout that time and you got into it initially by building up a debt with a dealer to being fully involved in the supply of drugs to others with a habit. This was to a degree, a professional operation.

"And bringing offensive weapons into the country would normally result in a custodial sentence of some note, but I will not increase the overall sentence for this offence."

The judge jailed Damanov for four years and-a-half years and warned him that with these set of convictions behind him that if he goes anywhere near class A drugs when he is released, he would be in a world of trouble and would receive a very long custodial sentence.

The judge also ordered for the forfeiture and destruction of all drugs and the offensive weapons.

He also said that the £2,805 as the proceeds of drug dealing, would be confiscated and be donated to Gloucestershire Constabulary to be used for the detection and prevention of crime.