Drug dealer caught with £3,400 worth of drugs escapes jail 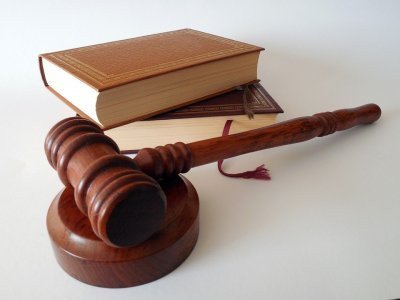 A pedalling pedlar of cannabis was caught with more than £3,400 worth of the drug after police saw him cycling 'unsteadily' to meet a customer in Gloucester, a court heard.

Officers on the beat in Victory Road, Gloucester, on November 5th 2018 arrested Thomas Ruck, 21, after they had spotted a known drug user waiting on the street corner at 4pm and were suspicious.

He told them he was just waiting to meet a friend so the officers moved on - but they kept watch on the spot and then saw Ruck ride up a short while later, said prosecutor Richard Posner at Gloucester crown court.

Ruck, of Nelson Street, Gloucester, 'arrived unsteadily on his bike' and when the officers started approaching him he attempted to ride off but did not get far and was detained, Mr Posner added.

"Ruck was searched and found to be in possession of two £20 wraps of cannabis and a mobile phone.

"He was arrested and his home was searched. Police found a large amount of cannabis, valued at over £3,400, as well as drug paraphernalia including scales, a number of mobile phones and £770 in cash. The money is believed to be the proceeds of drug dealing.

"It was obvious that he was preparing to deal from his bedroom where all the items were found.

"This was his own enterprise for his own financial gain. He was obtaining cannabis for resale and had a significant role."

Balvinder Bhatti, defending, said: "Ruck was aged 20 at the time of these offences. He had turned to cannabis as a coping mechanism following the tragic death of his cousin and a grandparent, which had a significant effect on his emotional wellbeing.

"The text messages on his phone are limited to just two days proving he was dealing for a very short period of time.

"Over the past year he has had time to reflect on what he has done and is genuinely remorseful.

"He now has a stable home and since the incident he has obtained permanent employment.

Judge Euan Ambrose told Ruck: "You pleaded guilty to possessing cannabis with the intent to supply.

"It wasn't just a few wraps, it was a substantial amount.

"Unfortunately there has been a long delay in this case coming to court, which was not of your making.

"The consequence is that during that time period you have started to mature. You are turning your life around having found employment.

"The picture is now more positive than it was in late 2018 and I can see there is a realistic prospect of rehabilitation which means I can suspend a prison sentence."

The judge sentenced Ruck to nine months in prison, suspended for 18 months, ordered him to attend a six month drug education programme, complete 30 rehabilitation requirement days and subjected him to a four month curfew between 7pm and 6am.

The judge ordered the forfeiture of the £770 cash and the destruction of the drugs, drug paraphernalia and mobile phones.