Business rates experts at Colliers are urging the Government to remove fears of a cost of around £2.68 billion for the retail sector.

It said the expected cut to business rates bills for the sector in England will be significantly watered down by transitional relief - to the cost of around £2.68 billion over the three years of the new 2023 list. And the highest inflation rates since the early 1990s have been making the situation worse.

With August CPI announced today at 9.9 per cent and expectations it will be 11 per cent for September, Colliers, which has an office in Bristol, is urging the Government to announce it will pass on the expected reductions in business rates bills following the next revaluation in April 2023 immediately, rather than to phase them in slowly over the three years of the new list.

In the first commercial property revaluation since 2017, retailers who currently pay about £7.625 billion of the £26 billion tax are expecting substantial reductions in one of their biggest outgoings, since in most regions of the country rental values for the retail sector have fallen sharply in recent years. 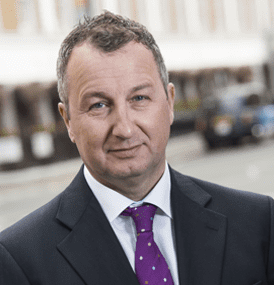 However, as part of each revaluation, the Government decides whether to implement transitional relief, which phases in reductions and increases.

The retail sector overall has a total rateable value of around £15.8bn, which according to Colliers is expected to drop to around £12.64bn, following an estimated average 20 per cent drop in rents.

On paper this should mean that next year from April 2023 businesses in the retail sector should be paying around £6.46bn in business rates. Yet if phased reductions are introduced due to a downwards transition policy, Colliers estimate the sector will in fact pay around £8.1bn, £1.65bn more than they should be.

And over the three years of the list, retailers that should be paying a total business rates bill of £21.45bn will in fact be pay £24.13bn if downwards transition is introduced - an extra £2.68bn.

John Webber, head of business rates at Colliers, said: "We have been campaigning for the removal of downwards transition and have strongly made our arguments to Government in their recent consultation on the topic which closed in August.

"Many retailers have been battered in the last few years, and really need to see the reductions on their business rates bills immediately in 2023 - not phased in slowly. The sector is already coming under immense pressure following the energy crisis and high business rates could tip many over the edge.

"There is no downward transition in Scotland or Wales, so why is it considered sensible for England?

"It is essential the new prime minister take this issue seriously and provides reassurance that rates bills next year will immediately reflect the lower rents we are seeing in the market today."