The administrators of Debenhams have made more than £7.2m in fees since the retailer filed for insolvency two-and-a-half years ago, Drapers has reported.

FRP Advisory was appointed in April 2020 when the retailer went bankrupt for a second time, shortly after lockdowns forced the closure of its stores. 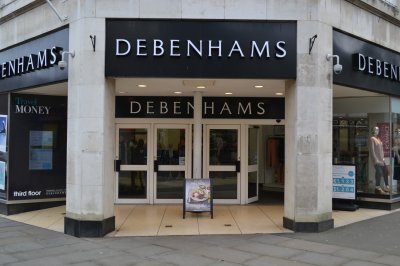 It oversaw the sale of the 200-year-old department store's brand and website to Boohoo Group for £55m in January last year, resulting in 12,000 job losses and 124 store closures.

New documents reported by The Times show the administrator received an additional £1.9m in remuneration between April and October this year, taking the total fees it has received since 2020 to almost £7.3 million.

Debenhams was originally put into administration in 2019, wiping out its shareholders. It then agreed a company voluntary arrangement (CVA) with its landlords, enabling it to cut its rent bill and embark on plans to close 50 of its 166 stores. But this was not enough to save the retailer and it was placed back in administration in April 2020.

Boohoo Group announced in January 2021 that it would buy the Debenhams brand, website and intellectual property for £55m, but not its store portfolio.

Debenhams' empty stores have left large voids on UK high streets, but some are being redeveloped - such as the Gloucester store being transformed into a campus for the University of Gloucestershire.