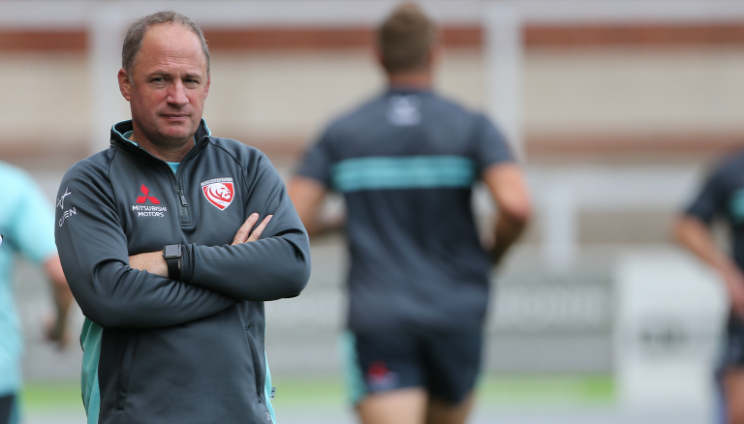 The former Ireland outside-half will leave Kingsholm at the end of June, following head coach Johan Ackermann who left the club to take up a position in Japan last month.

Humphreys said: "It has been a huge honour to have played a small part in the history of this great club.

"I have loved every minute of my time here and have been very fortunate to work with great coaches and support staff, and with great players.

"Over that time, we have built the foundations for a successful club, both on and off the pitch, and last season's third place finish in the Premiership was a reflection of the progress that has been made."

He continued: "Following Johan Ackermann's departure last month, I took some time to review my own position at Gloucester and in light of many new challenges facing professional rugby as a result of COVID-19, I felt it was the right time for me to move on and a new head coach to come in and build on the work that has been done.

"It is always difficult to leave somewhere that has become home and I will always be very grateful to everyone in the West Country for the very warm welcome they gave to both me and my family. In particular, a huge personal thanks to Martin St Quinton for his friendship and encouragement throughout my time at Gloucester, and for his support in building a Gloucester playing squad to be a competitive force in the Premiership.

"The Gallagher Premiership is a wonderful competition and I will miss the excitement building up to every game at Kingsholm."

Humphreys leaves with Gloucester still without a head coach amid reports he was in favour of a big-name such as former Wales scrum-half and backs coach Rob Howley with an internal appointment such as Rory Teague backed elsewhere in the club.

He said: "Before leaving at the end of the month, I will continue to work closely with Martin, Lance Bradley, and the senior management team, to support the recruitment of a new head coach and to help ensure an easy transition back into training for the playing squad and staff."

In a message to fans, chief executive Lance Bradley said he would lead the hunt for a new head coach alongside rugby operations manager Alex Brown with interviews starting later this week and an appointment expected around the end of the month

Mr Bradley said "David has made a tremendous contribution to Gloucester Rugby over the last six years.

"So much of what he does goes on behind the scenes, but those of us who have had the pleasure of working with him know just how much he's contributed. We all wish him every success in whatever he decides to do next.

"David has been a key player over the last six years, but we will use his departure to move into an exciting new era."

Chairman Martin St Quinton said "It's been a real pleasure getting to know David during his time at Gloucester, both from a professional and a personal point of view. I am hugely appreciative of his unstinting hard work, commitment and loyalty.

"Over the last few weeks we've discussed the future of the club going forward and I fully respect his decision that now is the time for him to move on.

"I wish him all the very best in his future endeavours and he will always be welcome at Kingsholm."