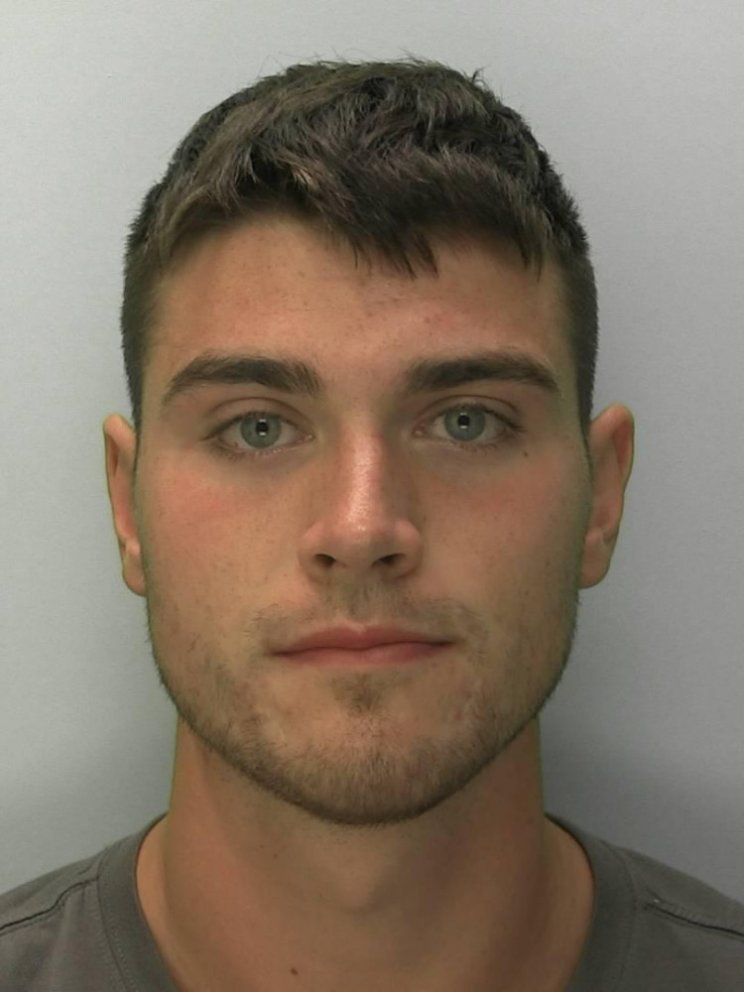 A sleep-deprived 21 year old motorist who was high on drugs and alcohol when he crashed into a motorway sign and safety barrier - indirectly causing a trucker's death in a horrific fireball collision - has been spared jail.

Gloucester Crown Court heard on Tuesday (Aug 31) that after crashing his car on the M5 near Tewkesbury, Gloucestershire, Connor McFarland pushed his Ford Fiesta onto the hard shoulder - and an Aldi lorry driver decided to pull in behind to protect him.

Tragically, however, a Co-op lorry then crashed into the Aldi truck minutes later and both HGVs burst into flames.

The Co-op driver, Tomasz Hass, 37, from Stroud Road, Patchway, Bristol, died at the scene from multiple injuries and burns.

McFarland, now 22, of Oldbury Close, Church Hill North, Redditch, pleaded guilty to dangerous driving on the M5 northbound carriageway on September 13, 2020, with excess alcohol and a cocaine derivative in his system.

He was banned from driving for three years and sentenced to an 18 months community order with a requirement to do 100 hours of unpaid work.

Prosecutor Mandla Ndlovu told the court that the tragic chain of events began in the early hours of September 13th last year after McFarland hit a sign and barrier and Michael Jones, the driver of the Aldi lorry, stopped behind him and put on his hazard warning lights on to protect McFarland, as he pushed his Fiesta to the hard shoulder.

Within minutes the Co-operative lorry collided with the Aldi truck, causing both vehicles to become engulfed in flames and resulting in the death of Mr Hass, she said.

"McFarland had called Gloucestershire Police at 5.20am and reported that he had crashed his car into a sign and a barrier on the northbound on the M5 between Junction 9 (Tewkesbury) and Junction 10 (Cheltenham)," said the prosecutor.

"He then activated the hazard warning lights on the HGV and stopped behind the Fiesta to protect the motorist. He also called the emergency services.

"An off-duty paramedic, who was travelling to work, also assisted and she quickly assessed that McFarland was under the influence of alcohol and/or drugs or both.

The court heard that at 5.30am the Co-op lorry careered into the back of the first truck, after which both Scania vehicles burst into flames.

McFarland was subsequently arrested and was found to have 66 micrograms of alcohol per 100millitres of breath (the legal limit is 35) and 65 micrograms of benzoylecgonine per litre of blood, a derivative of cocaine (legal limit being 50).

McFarland later gave police a prepared statement making full admissions. He stated that he had been staying at the Ibis hotel in Bristol but when he returned there was insufficient room for him to stay and he made the decision to drive home to Redditch.

The subsequent police investigation revealed that McFarland had not slept between 7.30am on September 12 and 5.20am when he collided with the central reservation 20 hours later.

Joe Maloney, defending, said he found it difficult to argue that McFarland's offending did not cross the custody threshold, but he added: "Unusually in situations like this he phoned the police himself, knowing that this would expose him to the officers for being over the limit for alcohol and drugs.

"McFarland has cooperated throughout the investigation. But because his actions indirectly caused the death of the lorry driver, he became so shocked by this that he voluntary referred himself to undertake counselling sessions to try to come to terms with what happened that morning.

"McFarland has also just completed a three-year apprenticeship in civil engineering and will be attending university next month if he retains his liberty today.

"He completely regrets his actions and the circumstances surrounding his offending. I don't think you will see him before the courts ever again."

Judge Ian Lawrie QC commented: "This was a triple error of judgement. He was sleep deprived and had consumed alcohol and taken drugs when he chose to drive putting others at risk. He is lucky to be alive."

Mr Maloney agreed and added: "Yes McFarland is lucky to be alive and he has learnt a very hard lesson indeed. He has found it very distressing to revisit the circumstances in preparation for this hearing as they are still fresh and seared on his mind."

Judge Lawrie then ordered McFarland to spend time in the court's cells to further reflect on his actions.

After a couple of hours McFarland was brought back into the dock and told the judge that being in the cells had been a salutary experience. Being confined in the cells was something he would remember for the rest of his life, he said.

In sentencing McFarland, Judge Lawrie said to him: "You are a man of good character with a good future ahead of you. You are intelligent - however, you made a poor decision on the morning in question.

"Most people are entitled to make one monumental mistake in their lives, and this was yours. You must appreciate that your actions led to the death of a lorry driver. I fully accept that you have learnt your lesson from this.

"That not only put you in danger, but others as well. This was a stupid decision.

"However, unusually you chose to phone the police to alert them to your collision, which is very extraordinary in situations like this.

"I am confident that the courts will not see you again and therefore I have chosen not to send you into custody but to impose an 18-month community order."

The judge also ordered that McFarland complete 100 hours of unpaid work pay £350 towards court costs and pay a victim surcharge of £95. He also disqualified McFarland from driving for three years and ordered that he taken an extended test to regain his licence at the end of his ban.