Dan Richards from Cheltenham restaurant and bar, The Clarence Social, has been named Cotswold Chef of the Year 2019.

The Cotswolds Awards aim to celebrate the very best of the Gloucestershire district and is run in partnership with the district's tourism board by Cotswold Concierge, the guide to the places to go, sleep, eat.

Terry Croft, founding owner of The Clarence Social, said: "We are absolutely delighted that Dan has received this well-earned recognition of all his hard work and dedication to creating excellent dishes with high quality local produce. 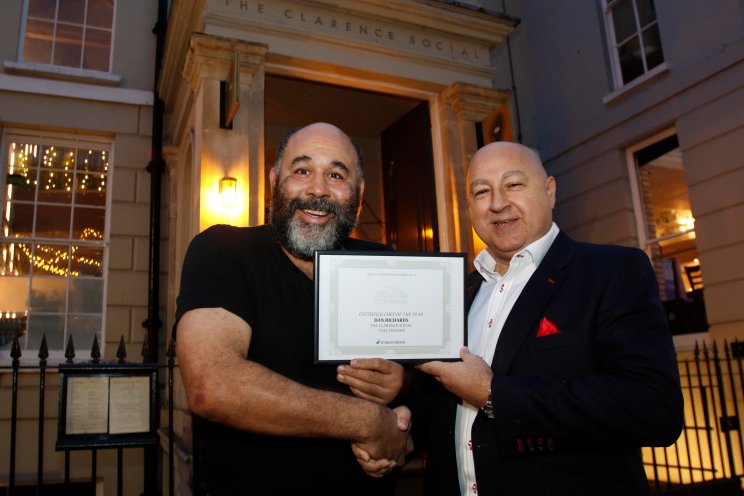 "To win this award as an independent business, against stiff competition including Michelin Star restaurants and hotels, is a great achievement for Dan and we hope it will encourage even more people to come and try our food.

"We are very lucky to have somebody of his calibre as part of our team. We have always known that Dan's work was special, based upon the excellent feedback we receive from our customers, but it is always nice to get this recognised in Awards such as the Cotswold Awards.

"I am very proud of the whole team who all work so hard to care for our customers."

Mr Richards studied at Westminster Catering College before embarking on his extensive career as a chef.

He worked in London for 10 years, before taking positions in New York, San Francisco, Vancouver and Sydney. He joined The Clarence Social as head chef in January 2019.

"I am honoured and humbled to have received this award in an area that is so exceptionally strong from a restaurant perspective and has some outstanding chefs," said Mr Richards.

"As any chef will know though, a chef is only as good as the team that work with him, so I like to think of this award as being not just for me, but for the whole team at The Clarence Social."