Another damning Ofsted report has followed hot on the heels of its last inspection - and repeated the verdict of "inadequate" for a fee paying Gloucestershire school.

Parents and staff at the Gloucester institution hoping for a reprieve after a report published earlier this year castigating the school for how it managed its boarding provision will be disappointed.

They are currently digesting the latest visit to Wynstones School, on the outskirts of Gloucester at Whaddon, by Ofsted, which this time found it "inadequate" in every single category and raised further concerns about safeguarding. 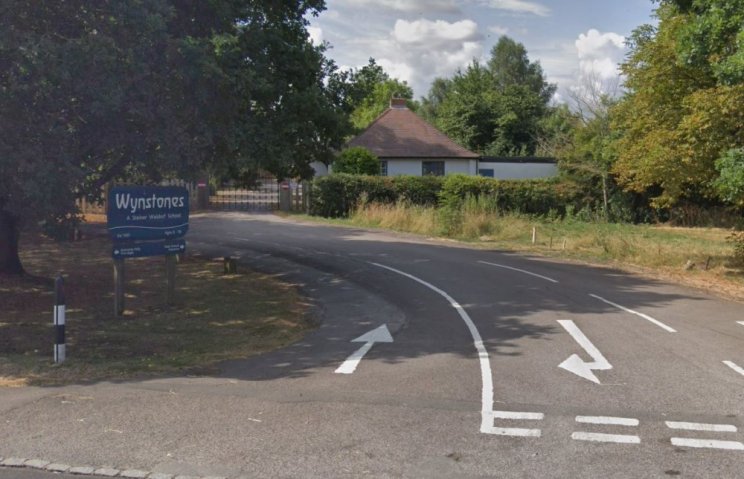 "This is an inadequate school," is the top line of the key findings of the report by the Government's inspector of schools.

It was rated "inadequate" in six categories - including effectiveness of leadership and management, quality of teaching, learning and assessment, personal development, behavioural and welfare, outcomes for pupils, early year provision and sixth form provision. And its overall effectiveness was deemed to be inadequate too.

Key findings includes that trustees and managers had not ensured the independent schools standards had been met, that arrangements for safeguarding were not effective, the quality of teaching was not being monitored by managers, teachers did not plan effectively to meet the needs of pupils, that pupils, especially the most able, made slow progress, that until recently staff had lacked support and leadership, that teaching assistants had not had the training they needed, too many pupils did not attend school on a regular basis and careers an education guidance for pupils, including the sixth formers, was limited.

All of which follows the damning first report early this year - following on from an inspection in November 2018 - which was equally scathing of its boarding provision.

Following that initial report the school said it had immediately begun to make changes - starting with looking to appoint a new head teacher and deputy.

A spokeswoman for Wynstones said the school was deeply disappointed with the Inspectors' findings, but accepted its conclusions and was "working to rectify every weakness as a matter of urgency and restore the school to its 'good' rating".

"Our teachers are deeply committed to the pupils at Wynstones and passionate about their work with them. We are confident that we have the capacity to improve.

"We are pleased that the Inspectors noted recent improvements and acknowledge that we have made substantial progress in addressing the concerns raised.

"In particular, they remark that 'managers are acting swiftly to address weaknesses in safeguarding practices'; that the management team and trustees are 'aware of the strengths and weaknesses of the school'; and 'are committed to ensuring that the school provides a good quality of education and are continuing to work to improve the child protection arrangements'.

"Much has been done in recent months to start a root-and-branch process of improvement. In particular the new Principal, Stephen Holland, has been appointed, along with a new Vice Principal, Paul Tallentire.

"Both bring extensive experience and professionalism to Wynstones and will play a key role in bringing about necessary change.

"Significantly, the Inspectors note that pupils' spiritual, moral and cultural development is strong and they have a good awareness of the world around them. They feel valued by staff and other pupils as individuals.

"Our aim, as trustees, teachers and managers, is to provide the best education possible for our pupils and we will not rest until that has been achieved.

"An action plan is well under way and will be sent to the Department for Education shortly."

There is a feeling among some who support Steiner Waldorf schools that Ofsted has it in for them because they do not aspire to the mainstream.

Punchline asked Ofsted about this. It's response was this: "Ofsted inspects all schools to the same standard and criteria, regardless of their ethos or values. Our inspections are independent, impartial, and firmly based on the evidence that inspectors find."