Cyclists urged not to give thieves a smooth ride

A Cheltenham bicycle business is urging cyclists to step their security up a gear as the commute to work and leisure increases with the easing of lockdown restrictions. 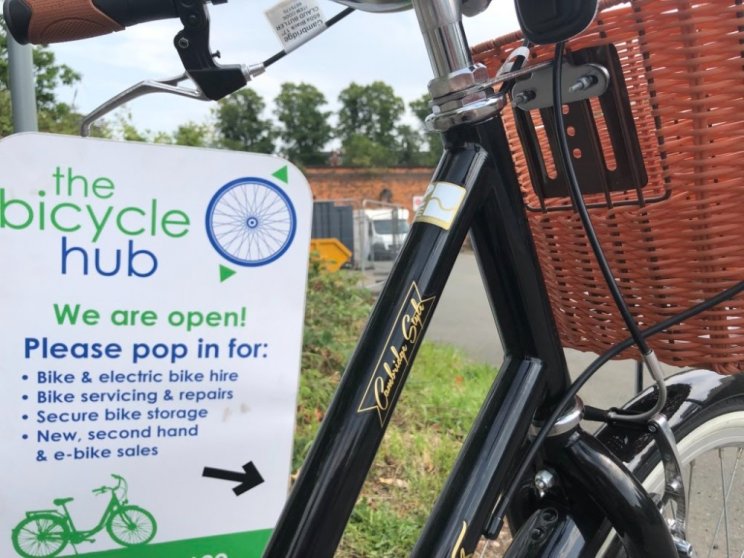 Gloucestershire police figures showed the number of reported bicycle thefts more than doubled July and September when previous restrictions were relaxed, compared with the first two months of lockdown.

And Steve Short, owner of the online Bicycle Hub which has a hire outlet at Cheltenham Spa Railway Station, has called on people to take steps to discourage thieves.

He said: "Many cyclists, including families, are looking forward to having the freedom to cycle further afield.

"We must be aware that this also provides thieves with the perfect opportunity to steal bikes.

"While storage and security are always top priority, we're also stressing to cyclists the importance of getting their bikes security marked and registered."

Bicycle Hub is offering a free, police-approved security marking kit to all cyclists when booking a service or purchasing a new bike.

The security marking is permanently and chemically etched using a unique BikeRegister ID into the coating of a bike's frame.

Not only does it act as a deterrent for thieves, it enables police or anyone buying a bike from a seller to check the bike frame number as well as the unique BikeRegister ID on the database to prove ownership and determine whether the bike is stolen.

"As a highly effective, visible deterrent to bike thieves, anyone caught with a registered bicycle faces arrest and also means the owner can be traced," said Mr Short.

Gloucestershire police advise cyclists to record details of their bike such as the frame number, the BikeRegister number plus any other distinguishing features, and take a photo, use two good quality locks - at least one of which is a D-lock - and lock the frame and both wheels where possible.