Crunch time for hospitality as customers return but staff don't

Skilled staff in the hospitality sector in Gloucestershire are sitting at home on furlough, just as businesses reopen and have to recruit new employees to fill the gap. 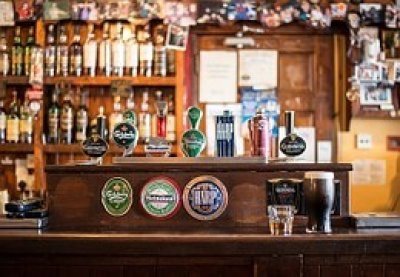 The Government extended the furlough scheme until September. But from July, the grant will reduce from 80% to 70%, with employers expected to make up the difference.

Steve Gardner Collins, sales director of Hatton Court Collection, said this was a critical period for pubs, hotels and restaurants. Bookings are buoyant but there's a nervousness as well.

"We have colleagues who are on furlough. They're happy to be on furlough until September - they even request it - perhaps because they feel unsafe, albeit we are in a really Covid secure environment," he said.

"But there's a 95% surge in job adverts at the same time. So, we've got this huge battle where there are skilled colleagues sitting on furlough with all these jobs across the sector available for others to fill."

Some staff were nervous for their own safety, he said, as customers returned on Monday, out of lockdown, and fresh from getting their vaccinations.

"At ten to twelve, we were just about to open and there was a queue of people, and I was panicking actually, for me and the staff, particularly when your colleagues are of an age - they're all in their early twenties.

"The guests all rock up, they're in for lunch, all their masks are off. There was this period of two or three days when people said, well, I've had both vaccines, I don't need to wear a mask, forgetting the fact that the person serving them hasn't had even an inkling of time yet in terms of when they're going to get their vaccine."

He added they had put huge effort into making the working environment 'Covid secure'. "We're following all the guidance and the staff are as protected as they can be. It's almost like going into hospital. They are PPE'd and everything up to the hilt," he said.

"If this goes wrong it will bring the sector to a grinding halt again and nobody wants to have the pubs and restaurants closed, so we've got to play our part, particularly when we're indoors and that fell by the wayside."

On the issue of staff choosing to stay on furlough he added: "The sector hasn't done itself any favours with zero hours contracts and minimum wage in the past."

He also said that special deals to entice custom added to the problem by reducing income.

He said: "Low income, low salary. The two go together. So if you want to pay £200 for your room in a lovely country house hotel, your staff will be getting a really good wage but if you're only willing to pay £69, there is not enough left to pay someone minimum wage."