Eleven men have been sentenced for their part in what police are calling "a high value drugs conspiracy" involving £1 million of cocaine, cash and a sawn-off shotgun.

An investigation by Gloucestershire Constabulary's Serious and Organised Crime Unit (SOCU) saw officers seize two kilograms of cocaine and find evidence of a further 24kg valued at £1 million, as well as £100,000 in cash.

The conspiracy involved London men 39-year-old Granit Nanushi and 28-year-old Orsid Cela, who were sentenced to eight years and three years respectively for co-ordinating the supply of the drugs to Venna and Cornwall.

It's believed that the drugs were then sold to Stroud based Aaron Baker, 31, who would store and distribute the drugs to a small number of men. He was sentenced to seven years and three months.

Daniel Payne, 22 and of Moseley Crescent in Stroud, James Dawkins, 39 and of Butterrow Hill in Stroud, Ryan Reese, 24 and of Finlay Road in Gloucester and Paul Reeves, 28 and of Lodgemore Lane in Stroud were sentenced after pleading guilty to receiving the drugs before selling them locally.

The men were sentenced at Bristol Crown Court today, Tuesday 21 May, for a total of 69 years.

Detective Inspector Ian Fletcher said: "I hope that these sentences will send out an extremely strong message to anyone who plans on committing similar offences and that people will now understand that we take serious and organised crime very seriously.

"As the judge commented, the supply of class A drugs does have a high reward but it also has a very high risk at the end of it.

"We would like to remind drug dealers that you are not untouchable or above the law as we, the police, will gather the evidence that we need to secure a conviction". 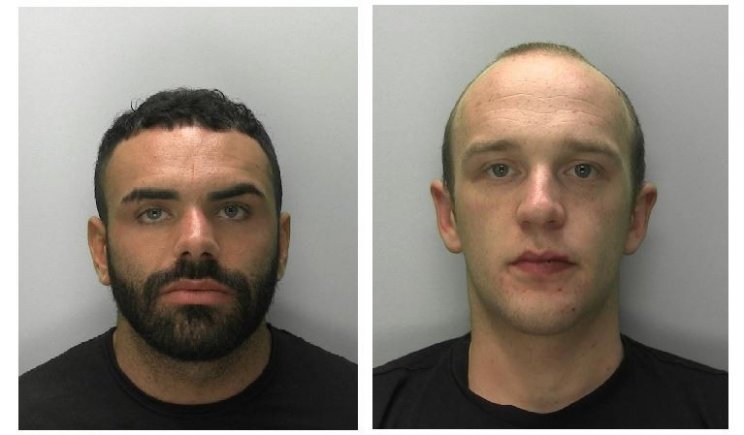 Operation Solero sought to develop intelligence around serious and organised crimes groups operating in Gloucestershire; to disrupt this activity and to obtain successful prosecutions for offenders linked to the identified criminality.

A sawn off shotgun was recovered in a garage block connected to the OCG. Police were unable to link this to any of the men.

Anyone with information regarding the use or ownership of the firearm is asked to contact police by calling 101 or using the anonymous Crimestoppers number 0800 555 111.