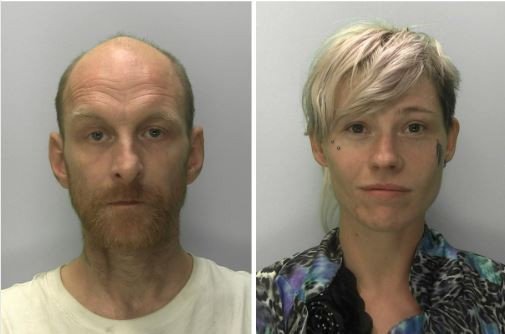 A Newent couple who repeatedly stole wooden fencing from a building supply company in the town have been sentenced to community orders at Cheltenham Magistrates' Court.

Stuart Dalby, 44, of St Bartholemews, Newent, and Jasmine Rogers, 28, of the same address both admitted three offences of theft of fencing from MKM Building Supplies in April and May.

Dalby also pleaded guilty to a fourth theft of fencing from the company which he committed alone on May 4.

He further admitted a separate offence of having a white Staffordshire bull terrier called Dodger dangerously out of control in Newent.

For the theft offences, Dalby was placed on a community order with drug rehab requirement and he was ordered to do 40 hours of unpaid work. He was also ordered to pay £250 compensation to MKM.

Rogers was also given a community order with rehab requirements and she was fined £30 and ordered to pay £250 compensation.

The magistrates made an order requiring Dalby's dog to be kept on a lead and muzzled when in public. Dalby was also ordered to pay £290.48 compensation on the dangerous dog charge.