A 'county lines' drug dealer who peddled heroin and cocaine in Gloucester was jailed for three years yesterday - while a search continues for his alleged accomplice, who has gone on the run.

Aram Ahmed, 28, of Bathurst Road appeared at Gloucester Crown Court for sentencing yesterday after pleaded guilty at an earlier hearing to dealing in class A drugs in the city on August 7th last year.

The court was told that Ahmed's co-defendant, Chris Adegoke, 30, of Daniel Gardens, Peckham, London, who has denied the same charge, absconded on the day he was due to be tried trial and is still at large despite a warrant being issued for his arrest.

"Officers went on patrol that evening looking for the operatives of the Nino line and saw Adegoke and Ahmed making a deal," the prosecutor said.

"When they challenged the pair they discarded a small amount of class a drugs wrapped in cling film and ran off.

"The police were searching the area when Ahmed suddenly collided with Pc Lloyd Scotland at the door of a phone box. He ran off but as he jumped over a wall he was caught and detained by the officer after he had wrestled with him." 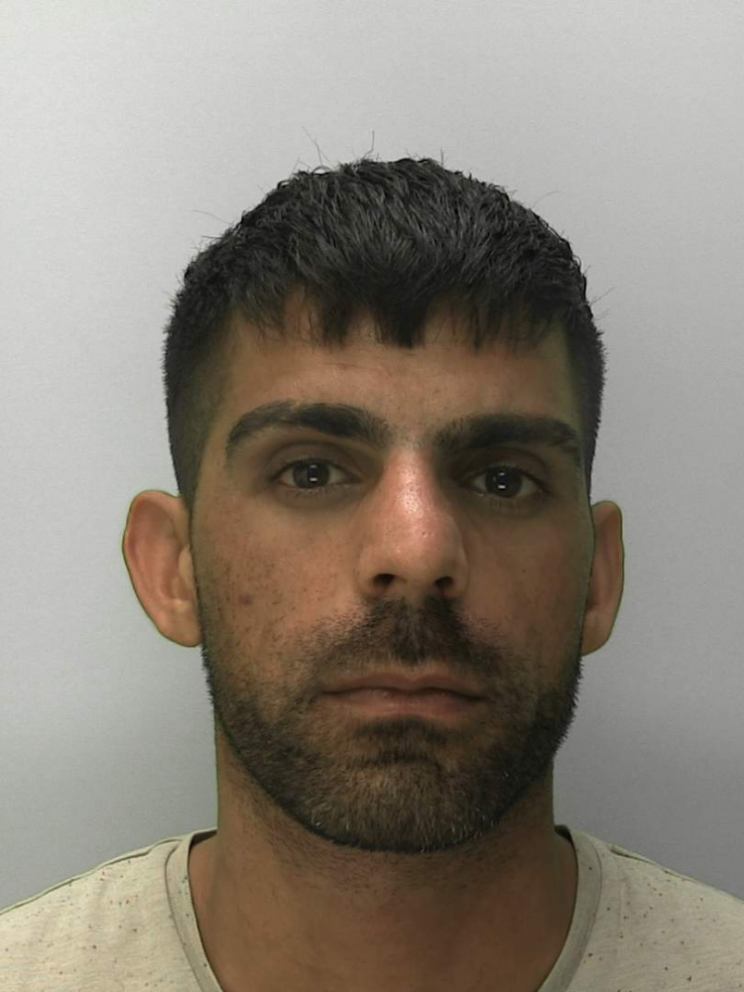 Ahmed was searched and was found to have a phone, a quantity of cash and 14 wraps of crack cocaine and five of heroin worth £380 on him.

The court was told that Adegoke was also arrested later that night.

Gareth James, defending, said Ahmed and his family arrived in the UK some time ago from Iraq after seeking asylum and had settled in Gloucester.

"Ahmed had become addicted to Class A drugs and had built up a significant debt," he said. "He was told by those to whom he owed the debt to start dealing in cocaine and heroin to pay back what he owed.

Judge Mark Horton said to Ahmed: "You were the local Gloucester runner who would complete any drug deal in the city on behalf of the London operatives.

"There is no dispute over your role in street dealing as it was to pay off your own drug debt.

"You were part of a drug culture that destroys families and local communities for which you will be jailed for three years."

The court was told that the drugs seized on that occasion would not be destroyed until Adegoke's trial had taken place.