A Stonehouse-based company has come up with a unique solution to help tackle the issue of plastic waste littering the globe.

Over the last 12 months, Oltco Gloucester has recycled the equivalent of over 30,000,000 plastic straws in driveways up and down the country and at some of the UK's leading hotels and attractions. 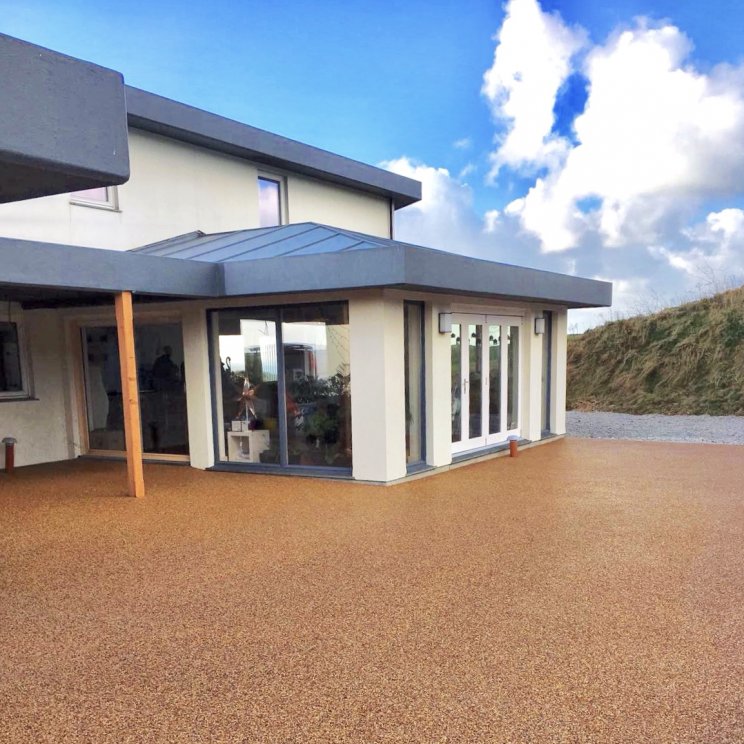 Oltco was inspired to develop the product after growing increasingly concerned about the devastating environmental impact plastic waste was having on the planet. It took two years to develop the product, which has been so successful it is already winning awards, including runner up for Recycled Product of the Year at the National Recycling Awards.

Although mainly used on driveways, paths and patios for the domestic market, Recycle Bound has also been used on larger commercial projects.

Tom Stringer, Oltco's co-director, said: "We have been thrilled by the response to Recycle Bound. Every member of our team has fully embraced it and it has proved hugely popular with our customers, both residential and commercial. The number of customers who are asking for it to be used on their driveways, patios and paths is growing all the time.

"The issue of plastic waste has long been a concern for us here at Oltco, we see first-hand the impact it's having on our beaches and wider environment.

"Recycle Bound is a totally awesome product which is hard wearing and will last for years and helps rid the world of some of the plastic waste."

Brian Wright from Oltco Gloucester said: "Recycle Bound has been hugely successful and we are grateful for all the individuals, and local companies based in Gloucester, who have come on board in a bid to help us tackle the global issue of plastic waste. We are proud to have already installed Recycle Bound in areas including Stonehouse, King's Stanley and Cam."

The company said it is now working on another product using plastic waste, which is set to be launched later this year.