Tewkesbury Borough Council has insisted it has no plans to sell the land which houses Cleeve Hill Golf Club for development. 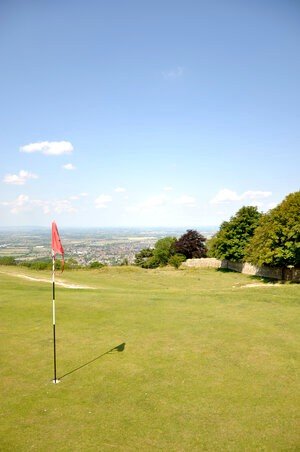 As reported on Punchline-Gloucester.com last week, golf on Cleeve Hill after 130 years will end in March with tenants The Share Club Ltd serving notice of its decision to end its 25-year lease.

It blames financial unviability for its decision and the council has decided to end the licence for the course on Cleeve Hill Common following a report which said it was not financially sustainable.

The news has sparked speculation about the future of the land, but the council said development was not among its plans.

Head of finance and asset management Simon Dix said: "Many rumours are circulating on social media around the future of the golf club and we wish to make it clear that there are currently no plans for the asset to be sold for development.

"Our aim is to see the continued use of the asset for community benefit whilst protecting the general taxpayer.

"We are open to discussions with any interested parties who may be able to support this aim."

Mr Dix said the report, commissioned when the tenants served notice, would be made public.

"The report considers the national picture for golf, the local supply of golfing facilities, the income and expenditure of the current operation and the financials required to make it a sustainable business.

"The report concluded that it would not be a financially viable operation for the council, without significant investment and ongoing subsidy from our taxpayers.

"We are currently going through the content of the commissioned report and (in line with data protection) removing any specific commercial and personal information, so that we can release it for the public to read.