A 5* restaurant, hotel, and chippie in a popular Cotswold village has welcomed new owners.

The popular Russell's of Broadway had been marketed by commercial real estate specialists Colliers for £2,250,000. 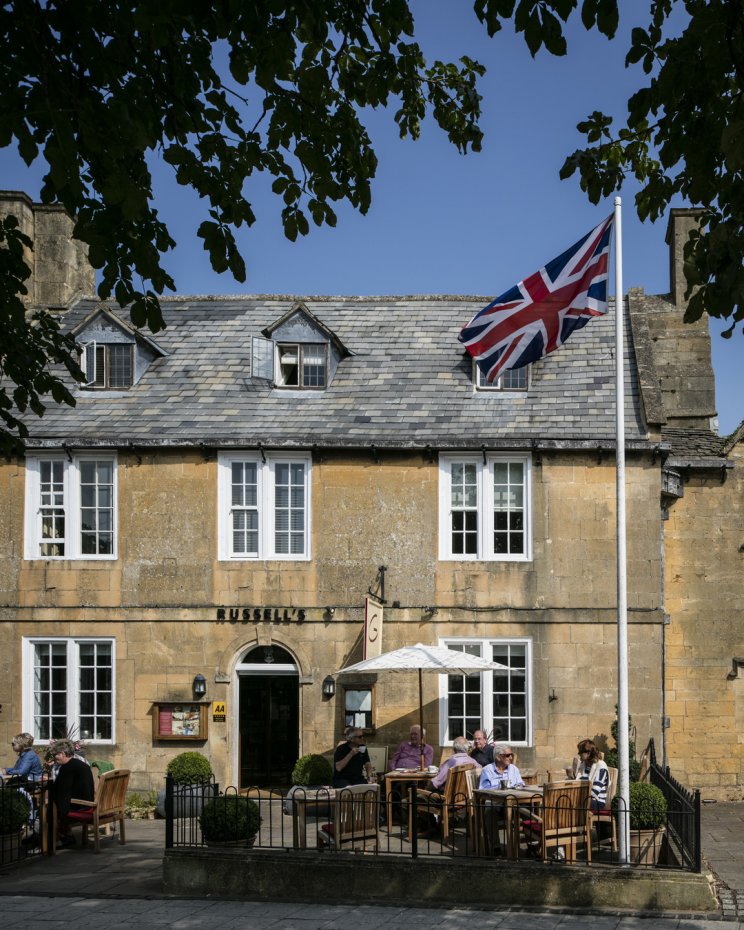 The established Russell's of Broadway hotel has seven letting rooms, one-bedroom staff accommodation, as well as 22 car parking spaces. The restaurant is a 5* 60 cover restaurant boasting two Rosettes, and includes a bar and private dining room, as well as an additional 32 covers in the front courtyard.

Included in the sale was the associated neighbouring Russell's Fish and Chips shop with takeaway, seating a further 26 covers, driving high revenues from the volume of tourists to the town all year around.

In 2012 he also purchased the neighbouring fish and chip takeaway shop and combined the two businesses. After 18 successful years, Andrew has sold the business to explore new business opportunities.

Russell's has been purchased by Roger Dudley, a former architect from West Bromwich, and owner of The Man Cave next door to Russell's.

Roger has plans to make minor improvements to the establishment but most importantly wants to continue the hotel's excellent reputation, with an aim to be the finest restaurant and hotel in the Cotswolds.

Roger Dudley said: "Purchasing Russell's was always a dream of ours. We love the building and the outstanding food which is lovingly created there. It is a good business built up over 18 years by Andrew Riley.

"The team at Russell's are like a family, they are always happy. Tom is still in charge as the MD, he has managed the business for many years and chef Jorge is outstanding. He has a team of four other chefs who are quite young and very talented. The food at Russell's is fresh and of the best quality.

"The menus are created by Tom and Jorge. We have just recently added a new and exclusive wine list, stocking a few vintages for the enthusiast, some bottles costing over £2,000.

"Broadway has a friendly community, it's wonderful, and the High Street and village green has a unique charm and that's exactly why we've moved there."

Russell's of Broadway's idyllic location can reach the near centres of Birmingham, Banbury, Worcester, Gloucester, and Cheltenham under one hour's drive.

Peter Brunt, from Colliers Hotels Agency team, said: "Russell's of Broadway is a thriving high street business in what is arguably one of the most prestigious markets in The Cotswolds.

"The two eateries and hotel are incredibly unique, but complement each other well, and have been particularly beneficial over the last two years of disruption to the leisure market. It was a pleasure to be a part of the sale and I wish Roger all the best in his new chapter at Russell's."