50 years after being lost under the M5, 'missing link' of canal to be restored

Restoration volunteers have been given a £4million boost to help reinstate a length of canal, which was lost to road builders 50 years ago.

Cotswold Canals Trust has been awarded vital funds by Highways England to restore parts of the Stroudwater Navigation including waterway, locks, bridges and wetlands, which were destroyed when the A38/A419 roundabout and M5 were built west of Stonehouse in the late 1960s.

A five mile section of canal between Thrupp and Stonehouse has already been restored and Stroud District Council, Cotswold Canals Trust and partners are working on connecting that stretch to the nation's inland waterway network at Saul.

After winning £872,000 of development funding from the National Lottery Heritage Fund last year, the trust will find out early next year whether it will receive a further £9 million to fully restore the stretch between Stonehouse and Saul. 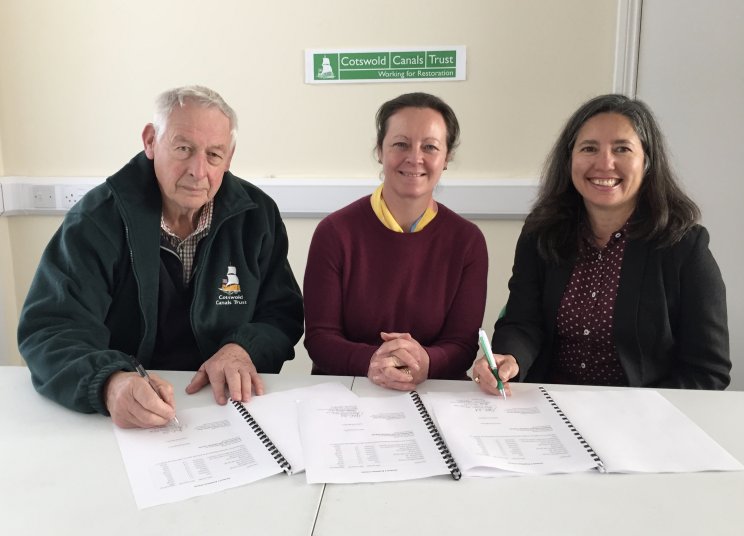 Jim White of Cotswold Canals Trust said: "The Highways England award is extremely welcome and will significantly progress the overall project by bringing forward several of the major engineering tasks in the programme."

The work will enhance the cultural heritage and historic features near to the M5 and A38 and increase biodiversity, with more than 30 hectares of wildlife habitats and improved flood prevention measures.

Much of the work will be done by an army of volunteers. Cotswold Canals Trust estimates that the wider Cotswold Canals Connected (CCC) project, to which this scheme is linked, will use approximately 700,000 hours of volunteer work and support new apprenticeships through contractors.

Sean Walsh, route manager for Highways England, said: "We are delighted to support this project which will restore the missing mile to the nation's inland waterway network.

"When the work is finished there will not only be a restored canal, but also a great walking and cycling route, and environmental improvements, all of which will attract more visitors to the area, and so help the local economy. 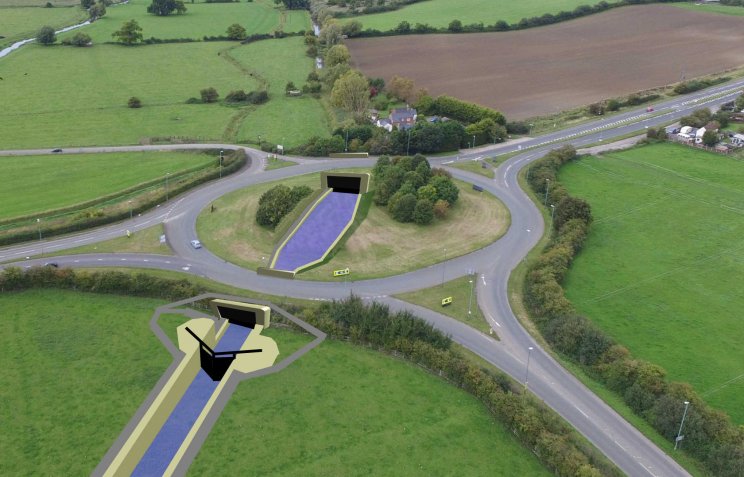 "Our designated funds programme was developed so that we can invest in improvement projects like this, which go beyond traditional road building and maintenance and have a positive impact on people and communities, as well as protecting cultural heritage and leaving a positive legacy for future generations."

The Highways England funding comes from one of the company's ring-fenced pots of money worth £675 million, which enable it to provide environmental, social and economic benefits to the people, communities and businesses who live and work alongside its road network.

There are designated funds to support the environment, air quality, growth and housing, innovation, and cycling, safety and integration, with £225 million dedicated to environmental improvements.

Strategically, the project aligns very closely with Highways England's cultural heritage aims. The construction of the strategic road network of the M5 and A38/A419 roundabout had the direct impact of severing the Stroudwater Navigation route.

The restored canal will increase awareness of and access to a historical asset, provide a leisure amenity benefitting education and wellbeing and meet Highways England's stewardship of the heritage assets obligations.

The Cotswold Canals Connected restoration project will extend current community engagement work with local firms, schools and national organisations so that more people and a wider range of people will engage with the canal.

Programmes are being developed with schools and colleges, engaging up to 15,000 students with experts on walks, talks and events, leading to better knowledge and understanding of our heritage, developing new interests and skills.

As part of the project, Gloucestershire Wildlife Trust has developed the Environmental and Biodiversity Plan in consultation with the Environment Agency. The environment is expected to benefit from more than 30 hectares of priority habitats created in one of the UK's largest biodiversity offsetting projects.