Forest of Dean District Council has prosecuted an individual for fly-tipping - despite the fact he didn't dispose of the waste himself.

Sid Phelps, cabinet member for environment, said: "The conviction for the individual shows the risk in not exercising one's duty of care when getting rid of your waste. Never give your rubbish to someone else without checking that they are duly authorised to take it. This sends out a strong message that the council will do everything in its powers to track down and prosecute offenders of fly-tipping.

On or about 24th January 2019 in Brierley, Gloucestershire, the defendant failed to ensure that the person he paid to take away his rubbish was a licensed carrier, contrary to Section 34(2A) of the Environmental Protection Act 1990. The unknown, unlicensed person then proceeded to fly-tip the rubbish in Brierley (pictured). Forestry England provided information to street wardens at Forest of Dean District Council, who with the assistance of the council's Counter Fraud Unit conducted an investigation into the offence and were able to trace the origin of the rubbish back to the defendant. 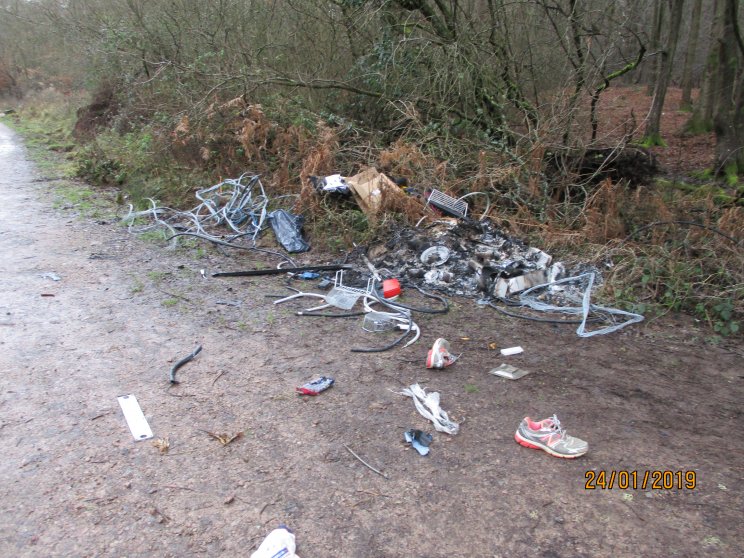 The Forest of Dean resident was convicted and given a conditional discharge at Cheltenham Magistrates Court. He was also ordered to pay costs of £540 and a victim surcharge of £20.

Damion Collins, street warden team leader, said: "We investigate hundreds of fly-tips per year, working in conjunction with the Counter Fraud Unit and Forestry England to catch the offenders that commit the offence and deter future offences."