A controversial housing estate that will see 180 new homes built in the Forest of Dean has moved a step closer to becoming a reality.

The planned development to the south of Berry Hill near Coleford by Gladman Developments was rejected by Forest of Dean Council planners in 2018.

The council decided that "the development would result in the unacceptable loss of a significant area identified as the most versatile agricultural land."

However, in April 2018 the then secretary of state for Housing, Communities and Local Government reversed that decision on appeal. 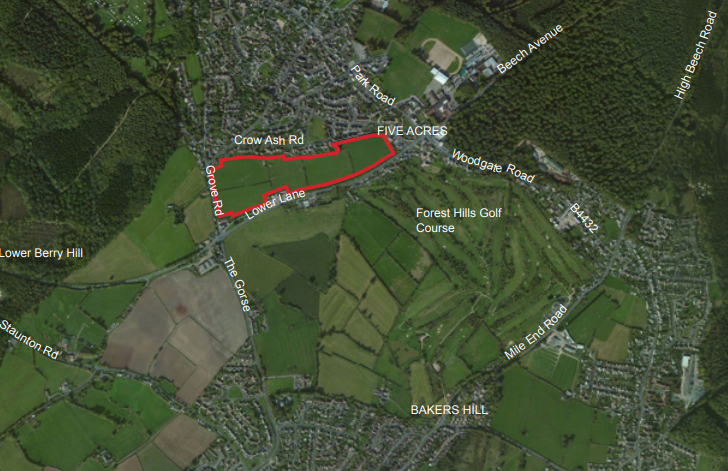 And now following the sale of the land by Fisher German to major housing developer Barratt Homes, a new reserved matters application has been lodged.

The new application, which still has to be decided by Forest of Dean Council planners, is for 180 new homes.

Of those, 72 would be 'affordable housing units', an overall affordable provision of 40 per cent and in line with the conditions put down.

The affordable homes on the site will be made up of 16 one bed apartments, 34 two-bed houses, 20 three-bed houses and two four-bed homes.

Fisher German development surveyor Matthew Handford said that the development would address a need for housing in the area,

He said: "West Gloucestershire is in real need of new housing stock, so we are very pleased that we have sold the land on behalf of our client to Barratt Homes.

"There will be a mix of properties for both rent and sale which will help plenty of local people get on the property ladder."

Barratt Homes South Wales managing director Steve Williams said he was delighted that the five-star housebuilder would be creating the new community at Berry Hill.

He said: "Our aim is to provide stylish and sustainable housing for a wide range of buyers with varied lifestyles.

"We think very carefully before deciding where to build new properties - and we're thrilled to be playing our part in bringing new homes to people in Coleford."