A market which took the centre of Gloucester by surprise has hit trade for the city's regular retailers for the second time.

Gloucester Continental Street Market has brought a range of stalls to the Gate streets with most of them are selling food - and the city's permanent businesses say the lack of advertising has seen them fighting for customers with no added visitors. 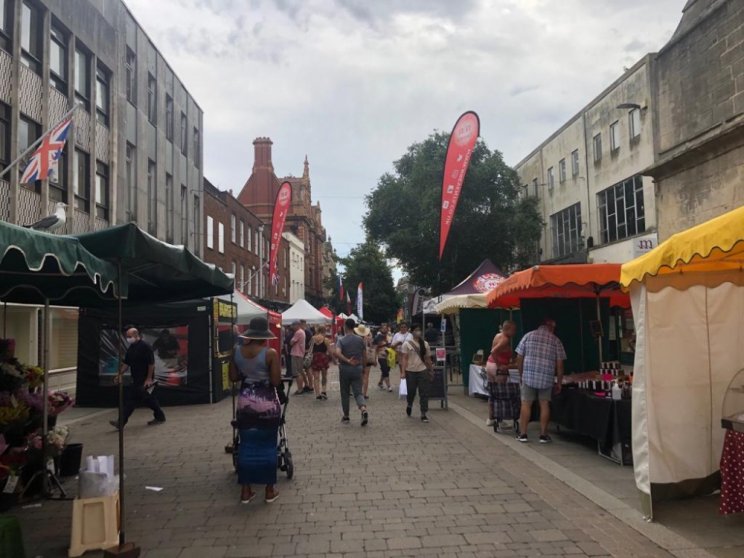 Rob Clingan, director of Farmhouse Deli, said: "We're all for trying to bring people into the city centre with events, but this wasn't advertised.

"There used to be a car show which was fantastic and people came in from miles around.

"But with no advertising, all this market is doing is diluting the customers we already had."

He continued: "We don't want to put the council down for trying to bring people into town centre, but there's been literally no adverting. I've spoken to a number of shopkeepers in the area who have said the same.

"It has hit trade a bit - it's been a quiet week. It's bound to have an effect as the market is nearly all food Even if you just lose a few customers, it will have an effect. The lunchtime trade is already suffering because of a lack of office workers and footfall."

The market will be in the city centre until tomorrow (September 12).

It was the market's second visit to the city, following a visit in August. It is set to return to Gloucester at the end of October.