'Connoisseur of cannabis' caught with more than £100,000 in cash and drugs 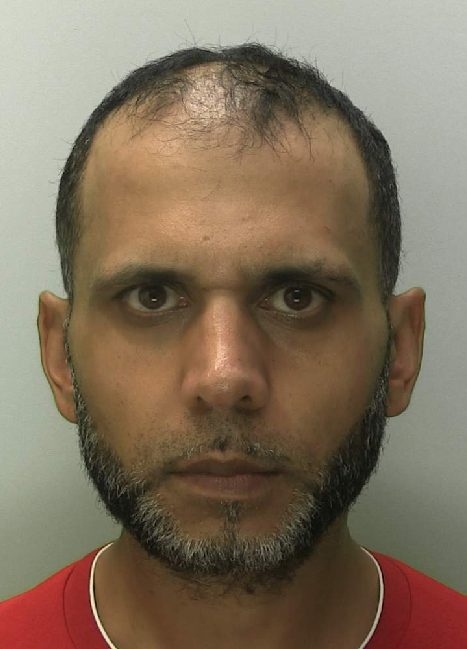 A 41 year old 'connoisseur of cannabis' who was caught with almost £50,000 in cash and £52,390 worth of the Class B drug in Gloucester has been jailed for two years and eight months.

Imran Badat, 41, of Blenheim Road in Gloucester, pleaded guilty at the city crown court on Friday (Sept 4) to being in possession of cannabis with intent to supply on August 12 and possession of the proceeds of drug dealing on the same date.

Prosecutor Ramin Pakrooh said that on August 12th a car driven by Badat was followed along the Painswick Road and Norbury Avenue in Gloucester by police and they requested him to pull over.

"When the police officers spoke to Badat near the Tesco Express car park they smelt cannabis coming from within the vehicle," Mr Pakrooh said.

"The car was searched and found to have 2.2kg of cannabis hidden inside it.

"A search of a property in White Horse Lane in Painswick was also carried out and the police seized additional drug paraphernalia.

"In a garage associated with the same address the officers found more drug paraphernalia and three vacuum packed cannabis bags in a laundry bag which weighed 3,000 grams.

"Police then seized a yellow JD Sports bag from a property in Kingsway in Gloucester, belonging to Badat, which contained £44,990 in notes.

"The total amount of the cannabis found in Badat's possession weighed 5,239.31 grams which had a street value of up to £52,390. It's not clear if he works with others or he is a sole trader."

The court was told that Badat was a 'connoisseur' of cannabis and was in possession of four ounces of 'high quality' product, valued at £1,600, for his own use.

"Badat also had a large quantity of a lesser grade cannabis which he sold to fund his own drug habit," added the prosecutor.

Andrew Baker defending said: "It's a highly unusual case as Badat is not part of any drugs chain or line.

"He has two types of drug, the higher quality for himself, which commands a premium price, and a lower quality that he sells.

"The lower quality is his own operation and while he makes a small profit from it, it only pays for his own drug use.

"The money found in the sports bag is the cash he owes to other dealers. Badat is a psychological addict to cannabis."

The Judge, Recorder Paul Garlick, told Badat: "Your counsel have been very realistic about your role, which is half way between a leading role and significant role."

The judge jailed Badat for 32 months and ordered confiscation of the £44,990 cash and forfeiture and destruction of the drugs and paraphernalia.

A proceeds of crime hearing will be held on February 26, 2021 to determine the amount by which Badat benefited from crime and what assets can be seized from him.