When you are a major fan of all things aviation there probably are not too many better places to stage your wedding than in the presence of one of the world's most iconic planes. 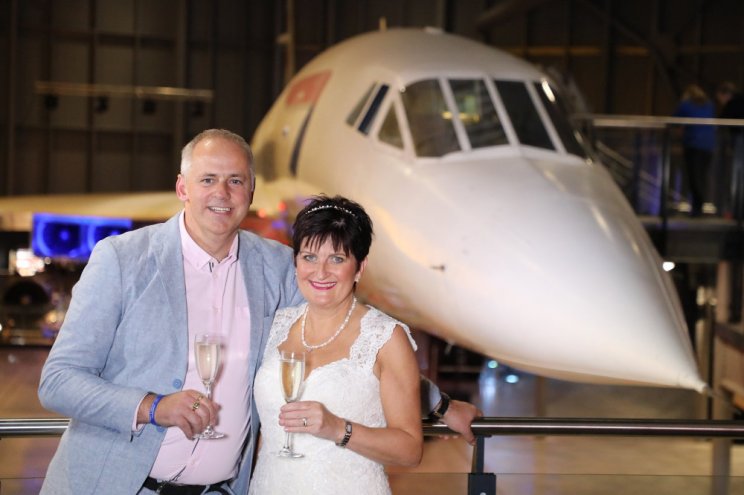 Former head of operations at Gloucestershire Airport, Darren Lewington, and Kim Davenport, its former business development officer now of the charity Fly2Help, marked their marriage in the shadow of none other than Concorde.

Aerospace Bristol played host to the occasion, which was attended by more than 300 guests, and according to Mr Lewington left the couple - both self-confessed 'aviation geeks' - on cloud nine.

The pair actually tied the knot in Barbados just before Christmas, with an intimate gathering of close friends and family, before enjoying a Caribbean cruise - but they could not resist the chance to stage another gathering back on home turf.

"We both liked the idea of actually tying the knot in the sunshine so the plan was hatched. We had an intimate 'do' with just a handful of guests but, given that we've worked in the industry for a combined total of 67 years, we felt that we had to find an aeronautically themed venue to celebrate with our friends and family.

"Aerospace Bristol were excellent and under Concorde was just perfect," said Mr Lewington, who is also co-founder of aviation art business Aerotiques and a private pilot. 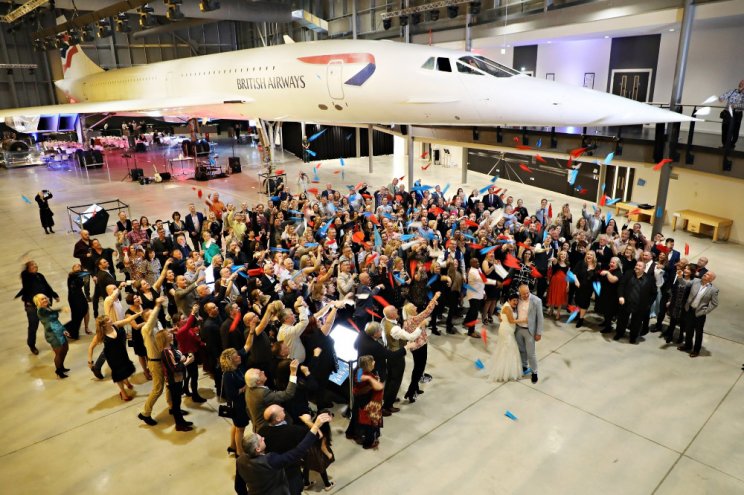 He added: "Kim and I met 26 years ago when I moved to Gloucestershire. She actually trained me as an air traffic controller.

"We were both in different relationships back then and were nothing more than colleagues and friends for over 15 years. 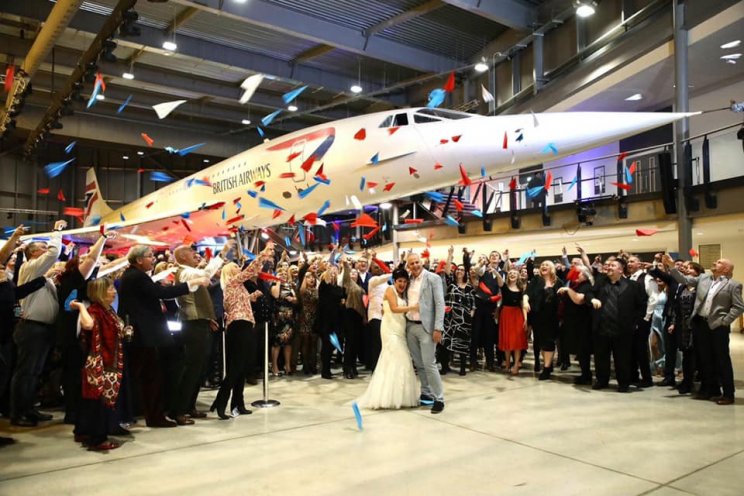 "We always worked really well together at controllers, but we never saw any more than a professional connection between us.

"Years later, after my cancer treatment and our respective relationships had broken down, Kim was working as my operations administrator at Staverton and our relationship blossomed.

"Fast forward 10 years, or so and I popped the question on Christmas Eve 2018 on our first Caribbean cruise."