Community order for man who threatened partner with a bread knife

David Round, of Fellow close, Little Dawley, Telford, Shropshire, assaulted partner Tracey Haynes during the incident and damaged her spectacles after taking them from her face, Gloucester Crown Court was told.

It happened in Ms Haynes' large house in Moreton Valence, where Round had been a tenant before becoming her partner, said prosecutor Mark Worsley.

Round pleaded guilty to assaulting Tracey Haynes causing her actual bodily harm on May 5/6th this year and also to destroying a pair of glasses and kitchen cupboards belonging to her. 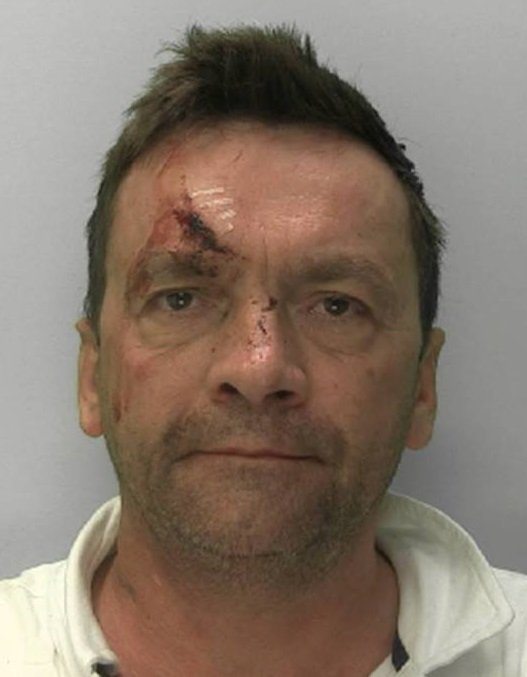 He was sentenced to a two year community order with requirements to take part in a 'Building Better Relationships' programme and also a ten day rehabilitation activity requirement, which will work with Narcotics Anonymous.

Mr Worsley told the court that Round and Ms Haynes had been in a relationship for two and a half years and it had become 'volatile' over the final 18 months. On May 5th, they socialised outside Ms Haynes' house with neighbour Natasha Dickinson, keeping their distance in accordance with Covid-19 regulations.

Later they moved indoors, but still stayed socially distanced around the kitchen table.

Mr Worsley said Round became abusive to his partner, calling her a f***ing slut, and he was aggressive towards her. Ms Dickinson tried to get between them and a cup of water was thrown over him.

"He slipped over on the water and banged his head, cutting himself quite badly and he was bleeding profusely. He got up and sat in a chair and Ms Dickinson tended his cuts. He was still muttering abuse at his partner."

Mr Worsley said Round then got to his feet, grabbed his partner by the hair and pulled her backwards. He spat in her face and took her glasses off and damaged them. He hit her and clawed at her face.

"He was breaking things in the kitchen and throwing things around," Mr Worsley said. "Ms Dickinson was trying to prevent him.

"At one point he picked up a bread knife and went towards Ms Haynes with it. He hit her and caused a small wound. He then went berserk, screaming and shouting.

"Ms Dickinson called the police. When the defendant realised that, he stopped chasing his partner around with the knife and went and changed. He said when he came back from the police station he would smash the place up.

"When the police arrived they found him heavily intoxicated."

Mr Worsley said Round had made 23 previous court appearances for 44 past offences.

Matthew Harbinson, defending, handed the court letters from the Nelson Trust and also from Round's current landlady. He said they showed Round is capable of hard work, holding down a job and courteous behaviour when not drinking.

Mr Harbinson said it was clear that during the incident Round had himself suffered an injury more serious than any of the other consequences of that night. He had been highly intoxicated, after declining alcohol earlier in the day, but then succumbing to it when it was put in front of him, added the solicitor.

However, he submitted, the incident was not as dramatic as it sounded and was 'not a B-Movie slasher epic'.

Judge Ian Lawrie QC said: "He was drunk, and like all drunk men he behaved in a stupid and offensive way. It seems that most of the time he is perfectly capable of avoiding alcohol, holding down a job and being pleasant."

Passing sentence on Round, the judge added: "It is clear to me that at least two of you that day had too much to drink and whatever fraught emotional dynamics were at play things got out of hand. You ended up with a cut head, which many might say was well deserved because of your behaviour with the knife."