A red Mini and a police van were in collision in Cheltenham in the early hours of Saturday, 2 February. 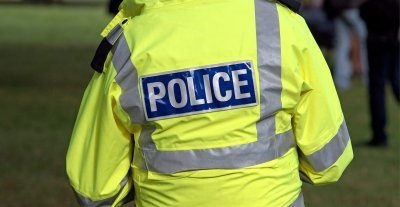 The collision happened at the junction of Marsland Road and Lewis Road in Hesters Way at around 3am.

Two police officers in the van and three teenage males who were in the Mini were not seriously injured.

Prior to the collision, a police car had been in pursuit of the Mini, which had been stolen from an address in Tetbury shortly before 2am.

A Citroen Berlingo van was also damaged during the incident.

A collision investigation into the circumstances is continuing.

Two boys aged 13 and 14 and an 18-year-old man, all from Cheltenham, were arrested on suspicion of burglary and theft of a motor vehicle in connection with the incident and remain in police custody at this time.

Anyone who witnessed the incident but hasn't spoken to police should call 101 and quote incident 34 of 2 February.