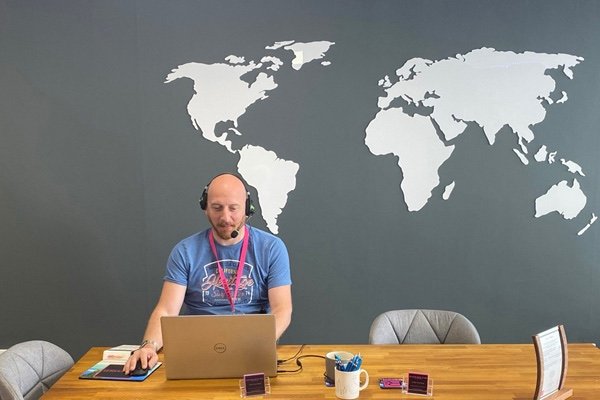 A Coleford travel agents, previously named Platinum World Travel have moved premises to College Court near Gloucester Cathedral. The company has also changed name to Resfeber Travel, a Swedish word that means "the restless race of the traveller's heart before the journey begins: when anxiety and anticipation are tangled together."

They hope to have seven more stores by the end of 2026, in locations including Bristol, Cheltenham, Birmingham and Cardiff.

Director Arron Mitchell said: "The lease was up for renewal so we moved to Gloucester, in College three weeks ago. We started out a small company but have plans to expand so the new premises is four times the size of our place in Coleford. We wanted to move from a market town to a city.

He added: "A lot of the feedback we had in Coleford was that people thought we only did luxury holidays because we had Platinum in our name. But we do everything from staycations to London hotels and theatre breaks all the way up to the luxury five star holidays. We wanted a brand that spoke to all of that, so we changed the name to Resfeber Travel.

"We are hoping to open a store in Cheltenham mid to late 2022, as well as other stores in Bristol, Cardiff and Birmingham after that. For six to eight months we want to focus on Gloucester and getting that established.

"We've had to put a fair bit of investment into the new store because it doesn't look like a normal travel agents. We have a central desk and it is a very modern look. Myself and one of my staff, Alice used to work for STA Travel who specialise in gap years and volunteering projects, which is one of the markets we'd like to attract with our new look brand."