Rachael Sugden has left her role as senior editor for Gloucestershire as part of a major restructuring by publishers Reach plc. 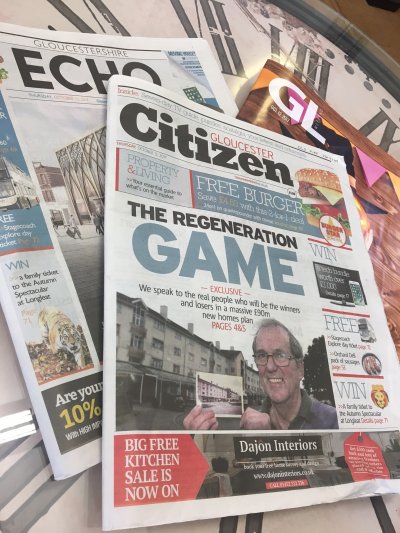 Emme Slee, the senior editor for Somerset, has been named regional editor for Bristol, Gloucestershire, Somerset and Dorset as part of the restructure.

Announced last month, the changes will see more than 300 editorial and circulation jobs cut at the UK's largest regional publisher.

Rachael Sugden started her career as a trainee reporter in Dursley in 2000 and has worked at the Western Daily Press and Bristol Post, editing the Bath Chronicle before moving to Gloucestershire in 2017.

She said: "It has been an honour to work as a journalist for 20 years. I have loved every role I've been lucky enough to have, from crime reporter to newspaper editor.

"More importantly, I am blessed to have made many lifelong friends in the communities I have served and the reporters, sub-editors, editors and commercial teams I have worked alongside.

"Newsrooms are home to mildly dysfunctional families of creative geniuses - those people are the reason for every single moment of my success."

Emma Slee is one of three regional editors across Reach's new South West region with Mike Norton, editor of the Bristol Post and regional editor-in-chief, among those to leave since the plans were announced.

She said: "I'm thrilled to have been appointed to lead the team in Bristol, Gloucestershire and Somerset - the region where I've been based for the last 13 years.

"I've no doubt we've got challenges ahead but I feel confident we will meet them head on and continue to grow our audiences by creating compelling content."