Last Christmas may be only a memory, but the Rotary Club of Gloucester has just been spending money raised during the festive period on a new minibus for the Together in Matson project based at the Redwell Centre in Gloucester. 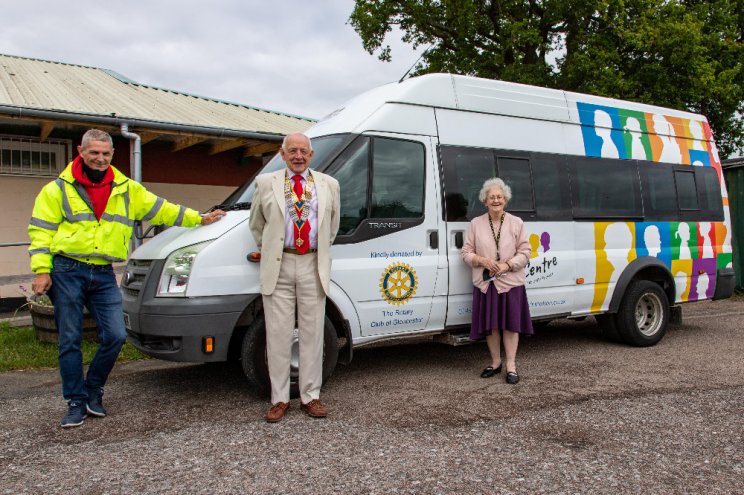 The club's Christmas events combined with the generosity of club members and the support of Radio Gloucestershire/ Punchline/the Citizen and other local media, raised in excess of £10,000.

The club's largest donation of £6,000 has gone towards the new minibus.

Vanessa Worrall, project manager, said it would be used to take local people to places of interest and enable older and younger residents to socialise and enjoy new experiences including visiting the Forest of Dean, seaside resorts and National Trust centres.

It is also being used to distribute emergency aid from the Matson Food Bank, to take young people to job interviews, to carry volunteers and equipment to places where they are needed and to help with the distribution of hot meals.

Vanessa added that the bus would also be available to take older folk to events which would increase friendship and support and a further use would be to take single parents on holidays.

Matson has a number of significant social problems with 554 one-pensioner households, 31% of children living in poverty, 32% having no car and the same number having no qualifications.

In addition to providing this much needed facility at Matson, Rotarians have also donated £1,000 to the local Salvation Army which provided hundreds of food boxes for deprived families in the city at Christmas.

There were also a further £3,800 in donations to a number of city-based organisations including a local community radio station, an Under 5s group, a counselling service and to the Gloucester Gladiators, a group which helps severely disabled people (mainly children) to access power chair football.

Rotary President Richard Wright said the club was aware of the particular problems posed by the pandemic and hoped to alleviate some of these "but it wouldn't have been possible without the generosity of local folk in the first place".