The man who turned Barnwood Shopfitting into a national success story has died.

Chris Gabb passed away on July 19, less than a month after his 70th birthday, following a lengthy and brave battle with cancer.

He is survived by wife Sue, with whom he recently celebrated a golden wedding anniversary, four children; Angie, Niki, Sallie, Anton and four grandchildren.

A pupil at Central Technology College in Gloucester, he worked as an apprentice joiner for Smith and Choyce before joining Barnwood in 1971 as assistant joinery manager. 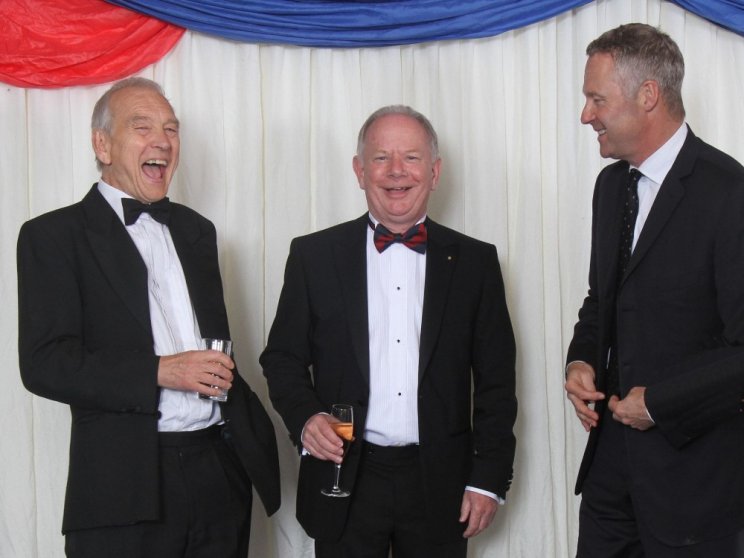 Chris retired after 43 years of continuous service in 2014, but remained as a consultant with the company he had done so much to help establish.

During his 48 years associated with the company, he formed firm friendships with colleagues and clients, many of whom have been keen to pay tribute to a "genuinely nice man."

Graham Howell was at Barnwood Builders when Chris joined and watched as his colleague and friend helped transform the company.

"Chris joined on the shopfitting side, when we were only just going into that line of business," Mr Howell said.

"Without him, Barnwood Shopfitting wouldn't be what it is today. He had support, but he was the driver and made things happen. 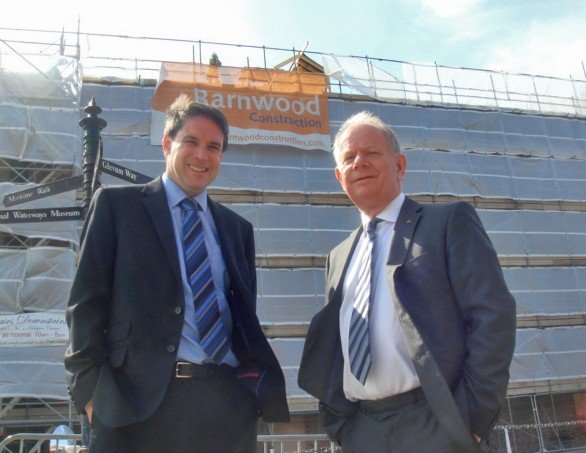 "We have worked for many well-known high street names across the UK such as WH Smith, Nationwide and Vodafone to name a few, all because of Chris' efforts to build that side of the business."

Away from his work with the Barnwood Group, Chris was a prominent promoter of Gloucester and a keen sportsman.

He loved rugby and was an ardent Gloucester Rugby supporter and continued the family connection with Gloucester City Football Club, but he never courted publicity for doing so.

He was also a member and former president of Gloucester Severn Rotary Club, where he formed many firm friendships and was honoured with a Paul Harris Fellowship for his service to Rotary.

Both Gloucester boys they became close friends as a result of their common passion for rugby and their like-minded approach to business and life.

He said: "Chris had a massive circle of friends and business acquaintances who respected his judgement and loved the great man he was.

"Simon Ford of Allstone said to me after his passing that we did not deserve to breathe the same air as him. That really says it all.

"Chris started as an apprentice and through his innate skills and sheer hard work became the MD of Barnwood Group.

"He was also a council member, treasurer and president of the National Association of Shopfitters, who have released their own tribute to Chris.

"He helped a lot of people along the way, providing work for small local businesses at crucial times and being there for family and friends in their hours of need.

"He was very, very special, my definition for a truly great, great man."

That view was echoed by Peter Evans, finance director of the Barnwood Group.

"Chris was a fair, straight-talking and well-respected man who had a real knack for forming relationships with people and just being natural with them," he said.

"He was smart, humble and clients loved him.

"He was passionate about the city of Gloucester and about the Barnwood Group and was the hardest-working man I have ever met."

Simon Carey, who succeeded Chris as managing director of the Barnwood Group in 2014, said that his legacy would live on at the firm.

"The ethos of the Barnwood Group, established by its founders, was reinforced by Chris. We will continue to respect and honour this legacy," Mr Carey said.

"He had a great eye for detail, massive amounts of integrity and great humility."

"But most of all, he will be remembered for the sheer amount of hard work he gave to the firm and being a genuinely nice man."

Mark Owen, managing director of Moose Marketing and PR and editor of Punchline-Gloucester.com had known and worked alongside Mr Gabb for nearly a decade.

He said: "I had the pleasure and privilege to work and know Chris for eight years as a client, mentor and friend.

"He was so knowledgeable about the retail sector and every conversation I had with him was one that I enjoyed.

"It would start about client work, but then soon move on to the general state of the retail sector because of his comprehensive knowledge about the subject.

"He was so passionate about Gloucester and not many people know about the many, many things he did behind the scenes for the benefit of the city he loved."

A service to celebrate the life of Chris Gabb will be held at Gloucester Cathedral on Thursday, August 29 at 3pm. A private cremation will be held by the family.

Donations in lieu of flowers are invited to www.justgiving.com/fundraising/gabbfamily  or to the Department of Critical Care at Gloucestershire Royal Hospital.