Scaffolding is up and now contractors know work can go ahead in earnest on what will be one of the most high profile developments in Cheltenham.

Revised design proposal of the refit of one of Cheltenham's landmark office and retail building, Quadrangle plaza, have been approved by Cheltenham Borough Council. 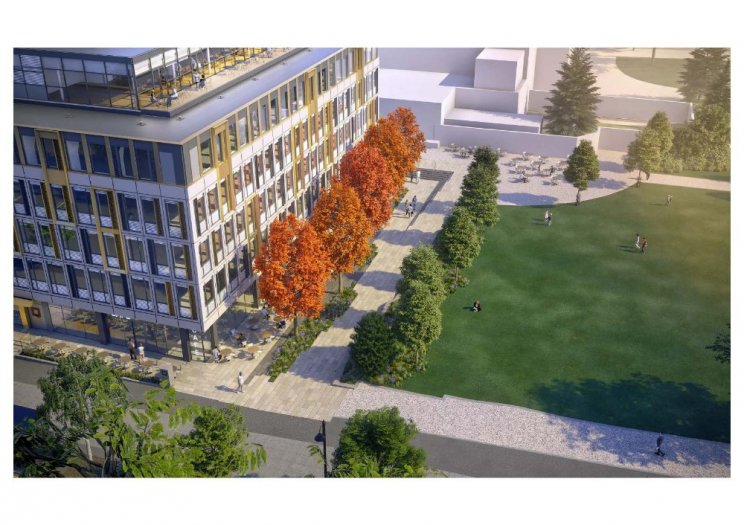 The revised design for the ABF Pension Trustees LTD-owned building was unanimously approved, with one member commenting they were 'really excited by these plans to enhance the town centre'.

"We're delighted that the plaza plans have been unanimously approved and with such a positive reaction," said Paul Jenkins from SF Planning, which has offices in Cheltenham and Gloucester.

"Following feedback from Cheltenham Borough Council on the original planning application, we've worked with the tree and parks officers to ensure the new design creates a plaza space that the public can enjoy.

"We also consulted the Town Hall, Friends of Imperial Square Gardens and Art in the Park on the revised design. Removable display stands have been included to accommodate the latter.

"The re-imagined design has undoubtedly made improvements to not only how the plaza can be used but created an improved link between the Quadrangle and Imperial Square Gardens.

"The complete refurbishment of the Quadrangle is a hugely exciting project in Cheltenham and the plaza development is an important part of this."

Located on the corner of Cheltenham's Imperial Square and Promenade, in the town's central conservation area, consent for the refurbishment of the Quadrangle was granted in April 2018. 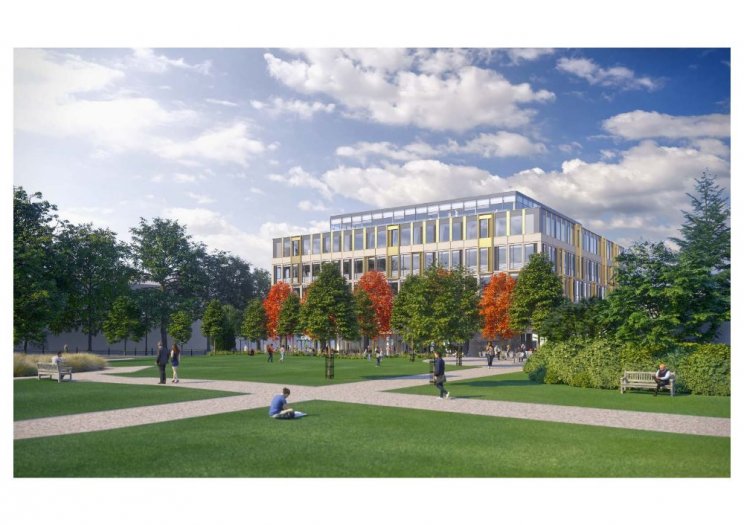 According to the company the new plaza plans "will create a softer edge between the Quadrangle and the gardens, helping to further open up the space. Retaining the spill-out external seating area for ground-floor restaurants from the original planning application, the design incorporates new landscaping which includes an undulating strip with a wavy retaining wall and scalloped lawn".

A key part of the revised proposal was the landscaping, with mature sweet gum and pear trees added to match those that are already near the Town Hall.

The use of grasses and perennials will also help to soften the appearance of the plaza and, along with the undulating grassed area, create incidental play spaces.

The path between the plaza and Town Hall is retained with both steps and a ramp providing access for the level change, as well as the potential for a route from the Quadrangle atrium to the plaza.

ABF Pension Trustees LTD is the corporate trustee of the pension schemes of global food, ingredients and retail company is the Associated British Foods plc (ABF).