Cheltenham Remembers - a partnership project which commemorated the WW1 cenentary - has been shortlisted for a national award for Best Collaborative Working Initiative.

The Association of Public Service Excellence (APSE) has shortlisted the partnership project in recognition of the strong collaborative approach in remembering Cheltenham's role during World War 1. 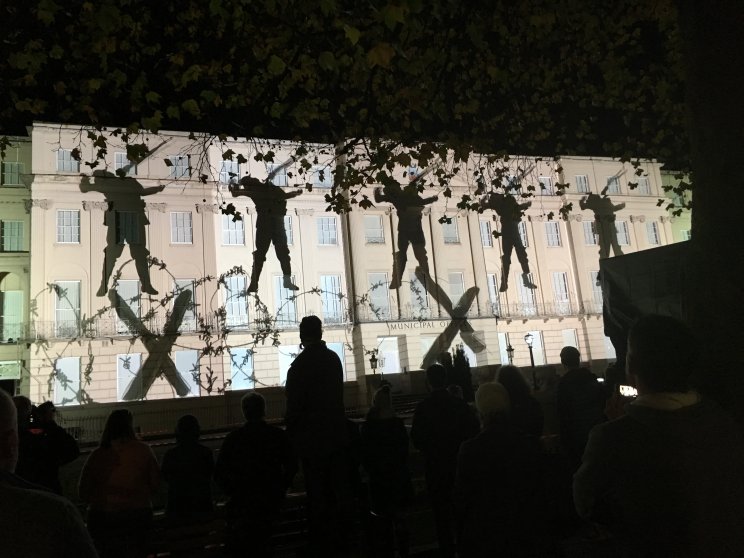 On Remembrance Sunday evening, the project delivered an emotive high impact and unique event. Projected along the front of the Municipal Offices was a film of imagery and sound, depicting the impact of war, and featuring original content that had been developed with input from local students, a choir, poet and a rapper.

The projection was replayed throughout the evening and attracted 3-4k people as well as online shares of the event and associated films, via social media, of around 500k people. 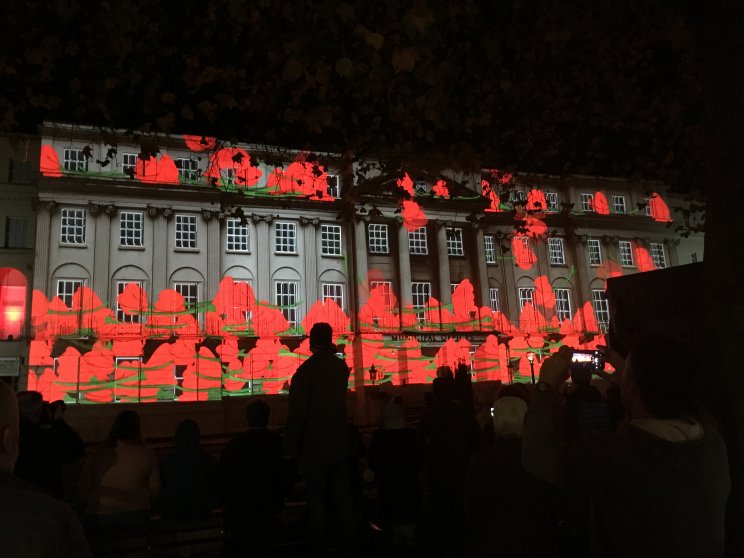 Councillor Flo Clucas, cabinet member for healthy lifestyles said: "To have been nominated for the award is high praise in itself and we are thrilled to have received this recognition. It is a testament to the partners involved - and the whole community - for all they did to come together and remember those loved and lost during the first world war.''

Mark Sheldon, director for corporate projects, added: "This recognition from APSE and our peers demonstrates the significant and positive impact that the WW1 project had for Cheltenham. I am proud that we have come this far and look forward to finding out if we are winners.''

The borough council and partners will find out if they have won the award on 12 September 2019.