Cheltenham's MP Alex Chalk will table a 10 Minute Rule Bill next week that calls on the UK to cut its carbon emissions.

His 'Net Zero Bill' will mandate that the UK to reach net zero carbon emissions by 2050 and comes after the high-profile protests by Extinction Rebellion around Parliament and London. 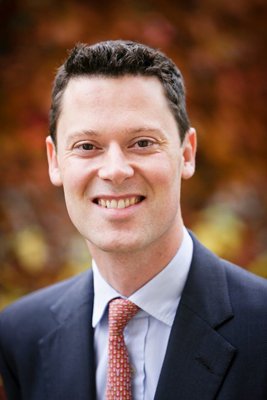 He said: "Our children have been striking, calling for change, and a net zero target would acknowledge how seriously we take their concerns.

"We were the first country in the world to set legally binding emission reduction targets in the Climate Change Act.

"We should now update these targets to support the latest scientific evidence - that we need to reach net zero by 2050 if we are going to stop the planet from reaching devastating tipping points.

"We need to acknowledge the risks of not acting, as well as the exceptional opportunities from growing clean British industries."

The 10 Minute Rule Bill - which is one of a backbench MP's main methods of introducing a bill will be heard on April 30, when Mr Chalk will make a 10 minute speech on the subject.

An opposing speech may also be made before the House decides whether or not to introduce the bill for a formal reading.

He has already received support of Conservative backbenchers, including Simon Clarke who led 190 MPs to write to the Prime Minster to call for a net zero target.

Mr Clarke, the member of Middlesbrough South and East Cleveland said: "Over 190 of my colleagues in Westminster from all parties agree that we need to reach net zero before 2050, and this Bill will set this target in law. So I'm delighted to support Alex's Bill."

The bill has also been backed by Zac Goldsmith, MP for Richmond Park and North Kingston, Richard Benyon, MP for Newbury, Chelmsford MP Vicky Ford, Kevin Hollinrake, the member for Thirsk and Malton and Sarah Netwon, MP for Truro and Falmouth.

Celebrity chef James Martin last night launched his exclusive menu at one of the Cotswolds most famous hotels.