A Cheltenham man who threatened a nightclub doorman man with a knife and brandished a metal post at him after being refused entry has been jailed for 18 months.

Edward Crowe, 33, of Edward Wilson House, Princess Elizabeth Way, pleaded guilty at Gloucester crown court on Friday to having a knife in public in High street, Cheltenham, and using threatening behaviour towards Callum Smith on October 5.

He also admitted causing an affray. 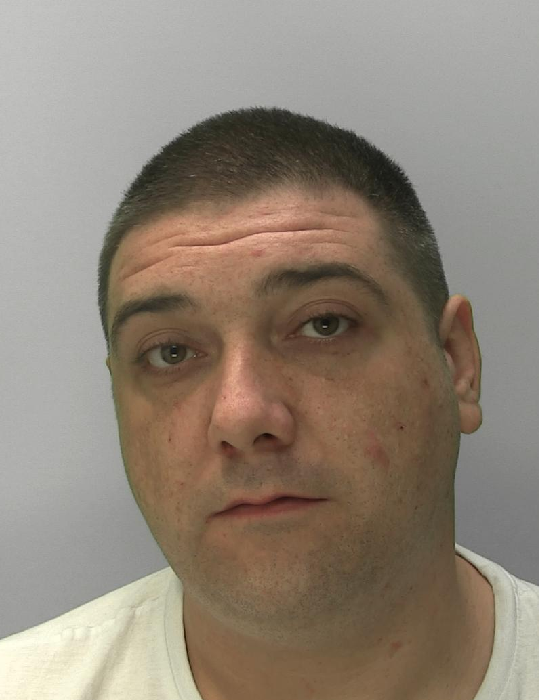 Prosecutor Ellen McAnaw said the offences happened after Crowe had been refused admission to Bentleys Bar in the High Street at 2am on October 5.

"Crowe became volatile, as he already had a grudge against the doorman, Callum Smith, and he threatened to slice him in half with a knife."

She said Crowe lunged at Mr Smith with the knife making him jump out of the way.

Crowe returned a short while later with the remnants of a metal post and brandished it in a threatening manner in front of Mr Smith.

Dianne Heys, defending, said: "My client accepts that he was being aggressive on that night. But he is now back on his medication because of his current incarceration.

"He has a record of violence - in fact he has 37 convictions for 80 offences."

"On this occasion you threatened Mr Smith, a person who you have a long-standing grudge with, and said you were going to slice him in half.

"You stood there and challenged Mr Smith to a fight when you lunged at him with the knife.

"He had to jump out of the way. You made him fear for his life and for the safety of others.

"You then came back a short while later with a metal post and brandished this in front of him in a threatening way.

"It matters not if you have a grievance with Mr Smith.

"Realistically it appears you have accepted that you will be receiving a custodial sentence and in light of your previous convictions I am sentencing you to 18 months in prison.

The judge also ordered forfeiture and destruction of the knife.