Following a recent staff vote, Willans LLP solicitors has announced Young Gloucestershire as its charity of the year for 2022/2023. 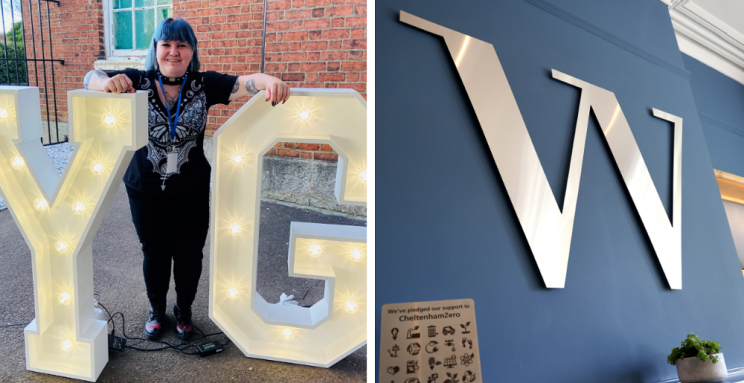 Over the past 10 years, the Cheltenham-based firm, which celebrates its 75th anniversary in 2022, has raised over £114k for local charities, including Sue Ryder, National Star College, Maggie's and Cheltenham Animal Shelter.

As well as participating in a range of events and activities, the firm's employees and dedicated charity committee spend time volunteering for its annual charity throughout the year, to give back to the local community.

Working with disadvantaged young people across the county, Young Gloucestershire supports those with poor mental health, who are unemployed, have been excluded from school, have drug and alcohol issues, who live in chaotic households or who are simply lost and don't know where to turn.

Starting with a 'Great Willans Bake Off' in September, Willans' staff charity committee plan to raise money for Young Gloucestershire by running a range of events and activities. These include the highly anticipated return of Willans' charity carol concert, which takes place on Wednesday 14 December at St Luke's Church, Cheltenham. The festive evening will feature popular readings and carols led by local choir Severn's Eight.

Jenny Hawrot, employment law partner and charity committee co-chair at Willans said: "Young Gloucestershire is a fantastic cause that makes such a difference to the lives of disadvantaged young people in our county.

"As a firm, our values of supporting local and helping people with issues they experience throughout their lives are very much aligned with Young Gloucestershire's aim. We're really looking forward to working with them over the next year or so and to the fundraising plans we have."

Karl Gwilliam, fundraiser at Young Gloucestershire said: "We're delighted to be voted Willans' charity of the year by their staff. Like us, Willans has a long-standing heritage in Gloucestershire, and we're excited to work with the firm on a variety of projects to support young people who need it."

The announcement comes at a particularly exciting time for Willans, as just this month it received impressive results in national legal guides The Legal 500 and Chambers UK. With five departments and a further eight lawyers ranked, the firm has achieved its best Chambers UK performance in seven years.