Outstanding natural environment work at Leckhampton Hill and Charlton Kings Common has won an award from a countryside charity. 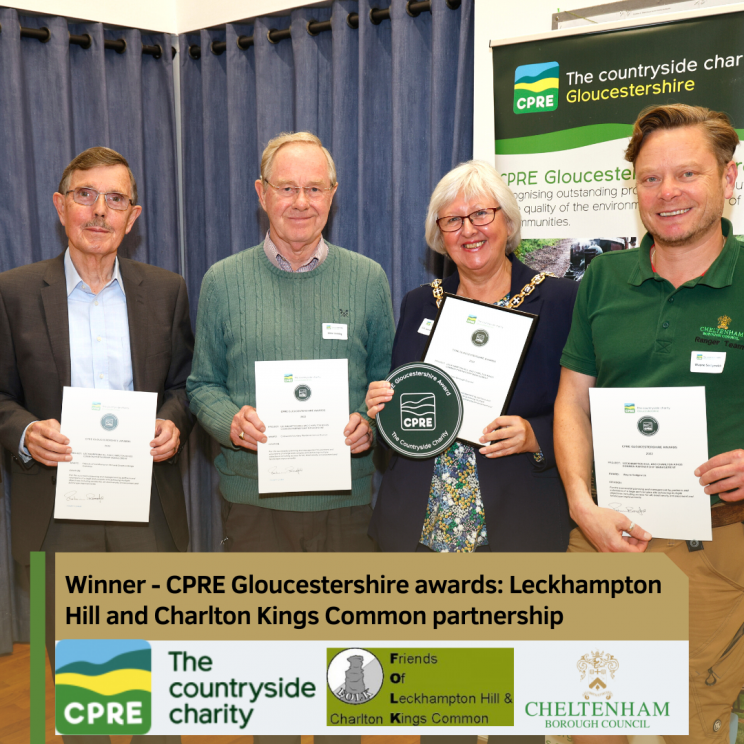 Commendable work at the site includes the innovative introduction of two native cattle breeds, British Whites and English Longhorns, as part of conservation grazing which is an important part of maintaining the valuable grassland, as well as securing almost £175k from the National Grid Landscape Enhancement Initiative.

The funding has allowed the partnership project Restoring Cheltenham Escarpment Grassland (RCEG) to continue the preservation and enhancement of the natural beauty, cultural heritage, biodiversity and accessibility of the area.

Judges concluded that work delivered by the RCEG, including the council, Charlton Kings Parish Council, Friends of Leckhampton Hill and Charlton King's Common (FOLK) and Cotswold National Landscape teams, together with the Cotswold wardens and volunteers, was among projects across Gloucestershire that 'demonstrated sustainability and resulted in significant improvements to the environment and facilities for communities'.

Cllr Iain Dobie, cabinet member for waste, recycling and street services, said: "The major achievements at the site have only been possible with the extraordinary effort and commitment shown by the community rangers, FOLK, Charlton Kings Parish Council and many volunteers. It is absolutely right that all involved are recognised for their hard work in enhancing this richly biodiverse escarpment grassland."

Mike Donnelly, chairman of FOLK, said: "This CPRE award is a credit to all the stakeholders working on nature conservation and improvements to the access on Leckhampton Hill and Charlton Kings Common. The support of the RCEG steering group and many volunteer hours have made it possible to complete major projects."

The awards were held at Gambier Parry Hall in Highnam. Representatives of the projects were presented with a wall plaque and certificates by CPRE president, Charles Martell, creator of the popular Gloucester Cheese, Stinking Bishop.