A drug dealer who 'cuckooed' a vulnerable man's flat in Cheltenham was caught red handed when police made a visit to check on the resident's welfare, a court heard.

Prosecutor Janine Wood told Gloucester Crown Court that Dieago Conway-Lynch, who was 18 at the time of the offence on November 6th 2017, was asleep on a sofa at the man's address in Monkscroft.

"The door of the property was opened by the vulnerable resident and the police officer saw Conway-Lynch asleep on the sofa," said prosecutor Janine Wood.

"A search was carried out of the premises and, in a bag belonging to Conway-Lynch, 26 wraps of Class A drugs were discovered.

"These were analysed as being one wrap of crack cocaine and 25 of heroin and they had Conway-Lynch's DNA on them along with another person, Kane Jones, who still remains at large.

"The bag also contained other drug paraphernalia including cling film and cigarette papers.

"In Conway-Lynch's trousers the police found a mobile phone which had evidence of drug dealing on it."

The prosecutor said that she would normally ask for the forfeiture and destruction of the drugs and the mobile phone but with Kane Jones still at large she said that the evidence needs to be retained.

Stephen Lee, defending, said: "The case dates back some time. Conway-Lynch got involved because he got into debt with drug dealers in the Birmingham area and was told to deal in class A drugs to pay the debt back.

"At the time he was homeless and was sofa surfing." 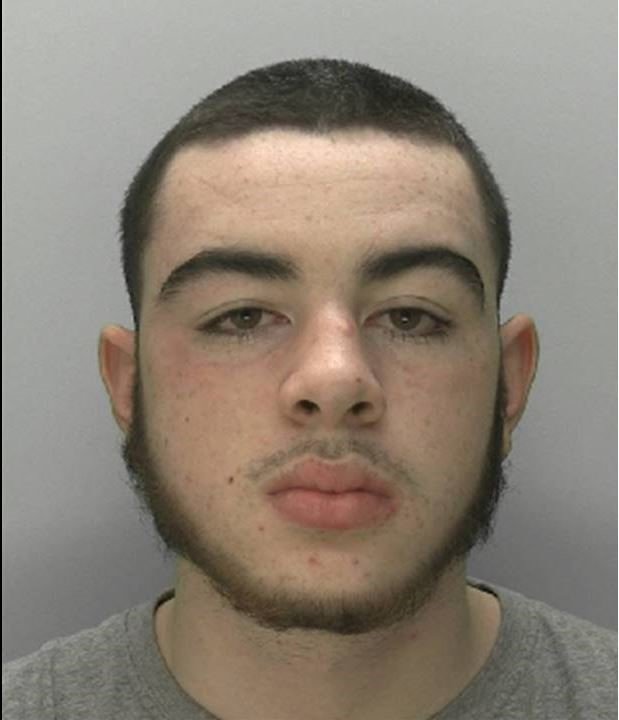 Conway-Lynch (pictured right), now aged 21, and of Lyons Grove, Birmingham, B11 admitted possessing class A drugs heroin and cocaine with the intent to sell on November 6, 2017.

Judge Michael Cullum said to Conway-Lynch: "You were 18-and-a-half at the time of the offence. It has taken some time for this case to get to court.

"The first delay was caused by you being summoned by postal requisition some ten months after the offence was committed but you didn't appear because you claim you did not receive the notification.

"Ultimately you appeared at the magistrates' court on warrant on February 14, 2019 and were bailed to another court hearing, which you failed to appear at.

"It wasn't until March 17 this year you appeared at Newcastle-under-Lyme in Staffordshire and thereafter you have been in contact with this court.

"A good deal of that delay was entirely down to you.

"This is a particularly serious offence. You were involved in the Cuckooing of a vulnerable man. You were arrested with 26 wraps of class A drugs. You candidly told the police you had been involved in supplying drugs in the area for some four months.

"This was because you had fallen foul of a county lines drug gang. You were naive. I find it difficult that you didn't gain financially from your drug dealing over the four months of your criminal enterprise.

"At the time of this offence you had no previous convictions. But you caused the delay in this case coming to court.

"You were caught red handed and the only sentence I can impose is custodial."

The judge sentenced Conway-Lynch to two years and four months in prison.