A popular restaurant in Cheltenham is attempting to digest an apology served up by the county council after his business was all but hidden behind workmen's cabins and trucks. 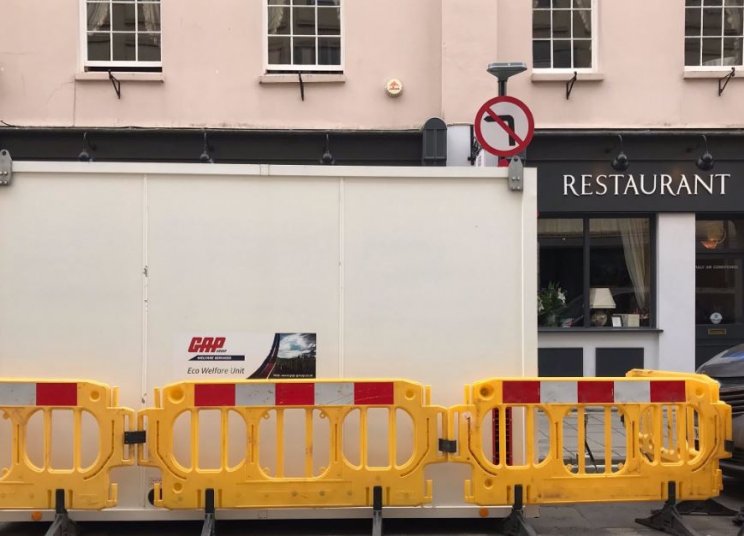 After months raising awareness of the issues for businesses and road users following the closure of Boots Corner in Cheltenham Chun Kong might have thought he was well known to the county council highways department and the town's borough council.

The borough council-led Boots Corner scheme has been controversial and Mr Kong forthcoming in standing up for his own and other businesses adamant their trade has been adversely affected by the 'trial'.

So it came as something of a shock when after all his efforts to raise awareness of business sensitivities when a location was chosen for workmen's gear and vehicles ahead of forthcoming roadworks it was outside his business.

Tables with no views, any takers! Thank you to @CheltenhamBC @GlosCC for the inconsiderate position of their ‘Air B&B Container’! How does one expect small Family businesses to survive when even your local Councils shows no interest whatsoever! Keep Clam & Carry On! pic.twitter.com/oAr4Nj48CY

"Last Wednesday they removed the planter from outside the restaurant," said Mr Kong, who has been in business in the town since the early 1980s and is a well-known face in the business community, not least as Mayflower is a venue for regular networking events.

The planter being street furniture put in place as part of the Boots Corner scheme.

"I do not blame the workers who are out there now. They have a job to do. But you do wonder what someone else was thinking.

"I have always said my views are non-political. This is about the businesses here and the town. One of town businesses have already gone and we don't want any more to follow."

He added: "I am afraid you have to ask, would this happen outside Bar 131 or John Lewis?"

As sympathetic voices gave their support on Linkedin and Twitter the county council team took to Twitter to say 'sorry.

"Morning Chun, we have been assured by @GlosRoads that this is a mistake by a subcontractor and the welfare unit will be moved today. We are very sorry for any disruption this has caused you and your customers. Best wishes, Lucy."

More vehicles arrived on the roadside this morning. 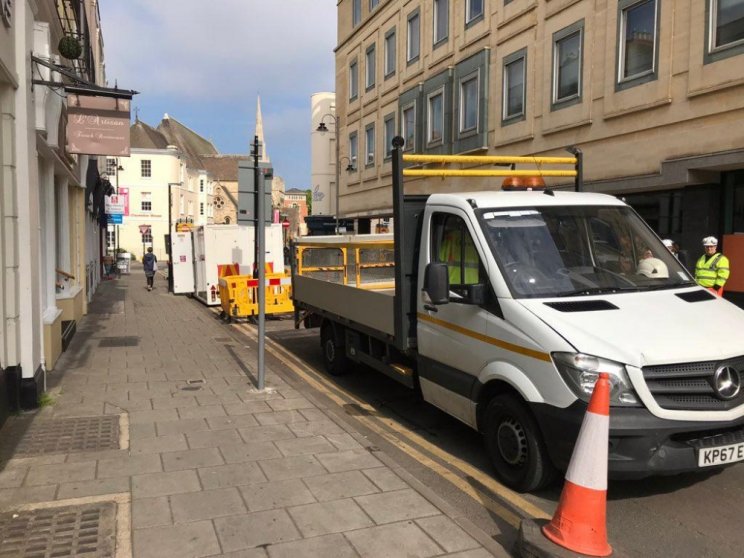 Reading between the lines what Mr Kong and fellow business people are waiting for is some reassurance they are part of the town's future plans.