Cheltenham Borough Council has taken steps to ensure an iconic sculpture in the town remains in place - for good.

At the end of August, Punchline reported on how an application had been made to remove the 'Theme and Variations' sculpture that sits above Cheltenham House on Clarence Street.

The plan was to remove the bronze, Barbara Hepworth-designed sculpture and replace it with a like-for-like replica.

Themes and Variations was commissioned by the then Cheltenham and Gloucester Building Society to sit on its newly-built Cheltenham offices. 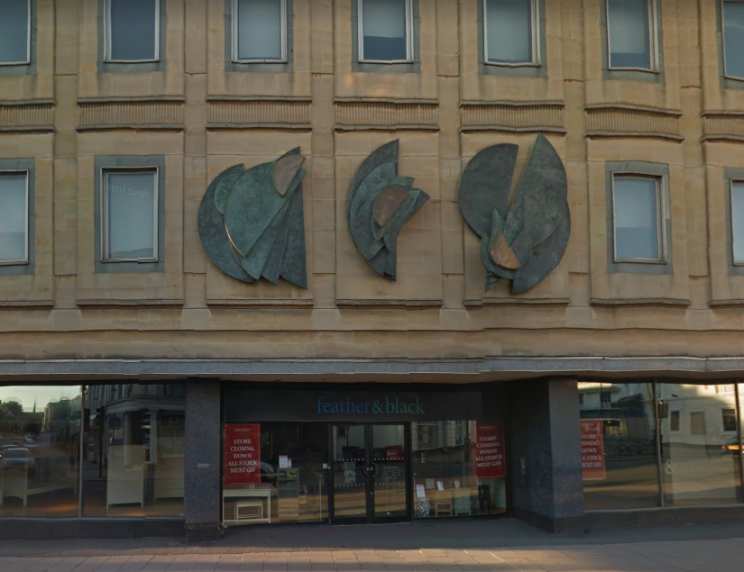 The three semi-circular sections have been in place since the building was completed in 1972.

The council have, this week, issued a Building Preservation Notice to protect the sculpture - effectively 'spot listing' it to protect it from being removed.

A BPN is uncommon and generally only used in exception cricumstances.

The council felt that those had been met when the application to remove and replace the sculpture were lodged.

Designed by a then world-leading artist and constructed by the historic Morris Singer Foundry that dates back as far as 1848, it is felt the sculpture has 'national importance'.

It was one of the most significant pieces commissioned by Barbara Hepworth and produced at the height of her international fame.

The council have also applied to Historic England to have the sculpture formally Listed, with the BPN being used to put a hold on its removal until that process is complete.

Councillor Flo Clucas, cabinet member for healthy lifestyles at Cheltenham Borough Council said: Spot listing this Hepworth sculpture is a really positive move, ensuring the sculpture is retained within our town and making a positive contribution to public art within an historic setting."

Cllr Andrew McKinlay, cabinet member for development and safety, added "An application for listing of the Barbara Hepworth Sculpture has been made to Historic England and the outcome of the process is awaited.

"We anticipate that the outcome of the listing process will be known in advance of the expiry of the BPN."