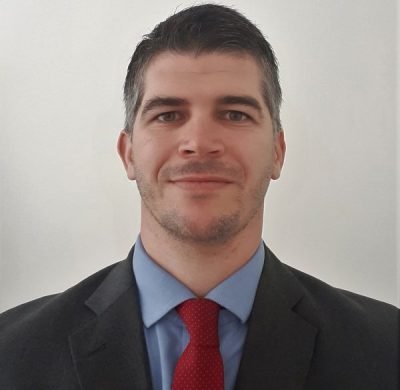 The board of Cheltenham Business Improvement District (BID) has announced the appointment of Heath Gunter as their new chief executive.

Heath takes up the new role following the BID's successful renewal ballot in July, which saw an overwhelming 'yes' vote from businesses in the town in support of a second five-year term. Mr Gunter will be responsible for leading the work of the BID which will see a further £2.8m invested in the town centre over the next five years.

Heath brings a wealth of experience to the BID having worked in a number of senior positions in the events industry, including the Mike Burton Group and Cheltenham Racecourse. Over the past eight years, Heath has headed up the commercial department at Cheltenham Ladies' College which included launching the CLC Venues & Events brand and also being part of the multimillion pound redevelopment of the CLC Health and Fitness Centre.

"It's taken some time to find the right person after a really challenging year but following a successful reballot, I know the BID will deliver for its members over the next five years with Heath at the helm. Myself, the board, Belinda and the ambassadors are very excited for the future."

Heath Gunter said: "I am absolutely delighted to be joining Cheltenham BID as its new chief executive at what is a really exciting time for the town.

"Having worked in Cheltenham and Gloucestershire for the past 15 years, I know what a special place this is and just how important a thriving town centre is to our economy and the community. I'm looking forward to working with businesses and colleagues - both old and new - over the next five years to really make a difference and build on the tremendous work that the BID has delivered in its first term."

In July, the BID secured its second term with a yes vote totalling 86% from the more than 300 businesses (a 46% turnout) that responded to the ballot and a 90% yes vote by rateable value.

During its first five years the BID, under the leadership of Kevan Blackadder who sadly passed away in January, established several annual events including Light Up Cheltenham and the Big Wheel, the Around Town programmes that bring Cheltenham's famous Jazz, Music, Science and Literature Festivals onto the town's streets and an enhanced Christmas Lights switch on and Christmas market.

As well as events the BID has been a vital support for businesses, facilitating partnerships, providing guidance, representing and championing town centre businesses and delivering cost-saving initiatives.

They have been responsible for initiatives such as BID in Bloom and Tidy Up Cheltenham which have both enhanced the look of the town centre for residents and visitors. Their ambassadors have also facilitated partnerships and played an important role in welcoming visitors to the town centre