The Federation of Small Businesses has called for furloughs to remain an option beyond its current deadline at the end of October.

Latest figures from the Office for National Statistics showed around 730,000 fewer people on payrolls compared with March with the self-employed community down by a record 238,000 in the second quarter.

He said: "As our economy unlocks, many thousands of people will be looking for work over the next year. That's why a focus on job creation - not just retention - is so critical.

"The annual cost of running a small business has risen by at least £60,000 since 2011, an increase largely driven by surging employment costs.

"The future of the Job Retention Scheme will need to be reviewed closely. The option of a meaningful extension to the furloughing initiative should be kept open, especially now local lockdowns are a fact of life and a meaningful second spike in coronavirus infections is possible."

He continued: "The Chancellor should prioritise bringing the upfront costs of employment down, starting with Employer National Insurance Contributions.

"An Employer NICs holiday for small business owners who employ those furthest from the labour market would also mark an important step forward.

"To see our self-employed community shrinking so rapidly is frightening. Sole traders were absolutely integral to our recovery from the last recession and the Government should doing all it can to help them play that same role again.

"Many people leaving payrolls will be thinking about striking out on their own, and they should be given the support they need to start-up, innovate and go on to create jobs and growth."

He said: "In essence, most of these people will sadly be in the redundancy waiting room.

"I think it would be wrong to totally close the furlough scheme at the end of October. It may have cost more than £30billion so far, but why mot keep this open for at least another three months and be more sector specific in its focus.

"The economists say this extra period would only cost about £3 billion."

He continued: "Why don't we follow the rest of Europe which has decided to extend similar business support schemes?

"Here in the South West, aerospace is a major sector and that has had no government assistance at all. That must be corrected.

"I support the Treasury thinking that furlough cannot just go on and on but there are specific areas of business like aerospace and hospitality that are still in intensive care." 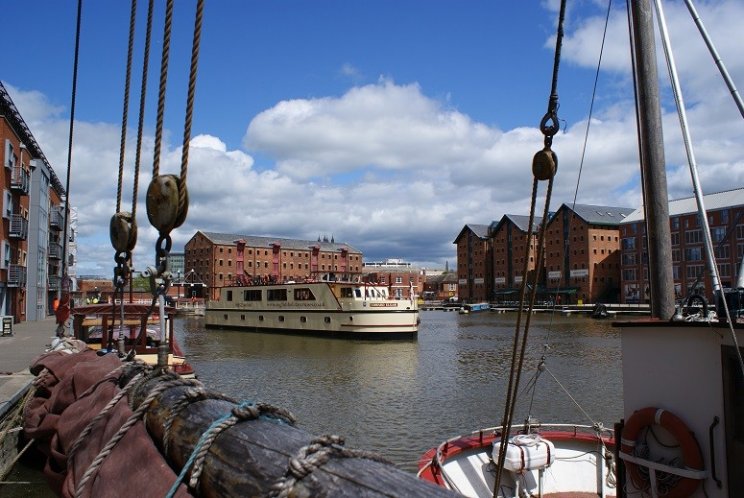 Richard Clements, co-owner of English Holiday Cruises which operates the Edward Elgar from Gloucester Docks, is among the small business owners in hospitality who have been hard hit by lockdown.

He said: "We restarted our cruise holidays this week, so fingers crossed we will be able to salvage 12 weeks out of our normal 32-week season.

"Our cash reserves have run down and we do need to rebuild them. If there's a second spike, I will probably have to lay everyone off again, so a new furlough scheme could rescue our people and business until hopefully another restarting attempt next year."

He continued: "There are hundreds of waterway businesses in the same boat, many small operators like us, all seasonal, all employing both full-and seasonal-workers and most could go under if they have to suffer three 'winters' in a row.

"Even if we do avoid a second spike a reduced National Insurance bill will help conserve cash significantly - our people costs represent 30 per cent of turnover."