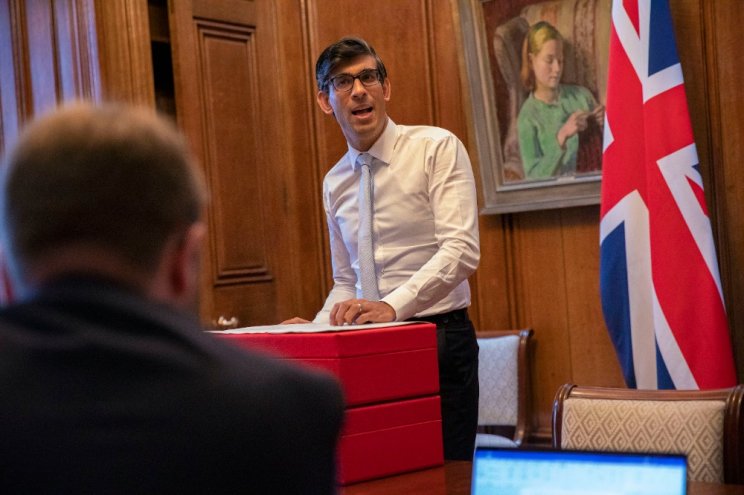 Delivering his spending review for the coming year, the Chancellor said more than one million nurses, doctors and other workers will receive extra money next year.

And 2.1 million public sector workers earning below the median wage of £24,000 will be guaranteed a pay rise of at least £250 a year.

But there will be no extra wages for the rest of the public sector.

The Chancellor delivered a stark assessment of the state of the economy with forecasts by the Office for Budget Responsibility putting the contraction in 2020 at 11.3 per cent - the largest fall in more than 300 years.

"Even with growth returning, our economic output is not expected to return to pre-crisis levels until the fourth quarter of 2022.

"And the economic damage is likely to be lasting: Long-term scarring means in 2025 the economy will be around 3% smaller than expected in the March budget."

The UK is forecast to borrow £394billion this year - 19 per cent of GDP which is the highest level in peacetime history.

Among the measures announced was a three-year Restart programme designed to get more than one million unemployed people back to work.

He said the National Living Wage will increase by 2.2 per cent to £8.91 an hour with the rate extended to people aged 23 and over.

And the health budget will grow by £6.6billion next year with the schools budget rising by £2.2billion and councils allowed to increase their core spending power by 4.5 per cent.

In a move likely to be met with opposition from Conservatives, the UK's foreign aid budget will be lowered to 0.5 per cent and will only return to 0.7 per cent "when the fiscal situation allows".

Investment includes £7.1billion for a National Home Building Fund with the establishment of a

new infrastructure bank based in the north from the spring, which will work with the private sector to finance major projects.

And he announced a £4billion Levelling Up Fund.

"Any local area will be able to bid directly to fund local projects," said Mr Sunak, who said schemes must "have real impact" and have the backing of the local MP.

"This is about funding the infrastructure of everyday life: A new bypass; Upgraded railway stations; Less traffic; More libraries, museums, and galleries; better high streets and town centres; This government is funding the things people want and places need."