Investors beware, the gangplank is about to be pulled for those keen to get on board the £20 million first phase redevelopment of Gloucester Quays.

It is easy to see the vision for Bakers Quay now - to transform the long neglected historic warehousing and buildings that made up the then derelict canal side quarter into new homes and then some.

Developers Rokeby Merchant had fully pre-let to tenants Premier Inn, Brewers Fayre and Costa Coffee before it even began. 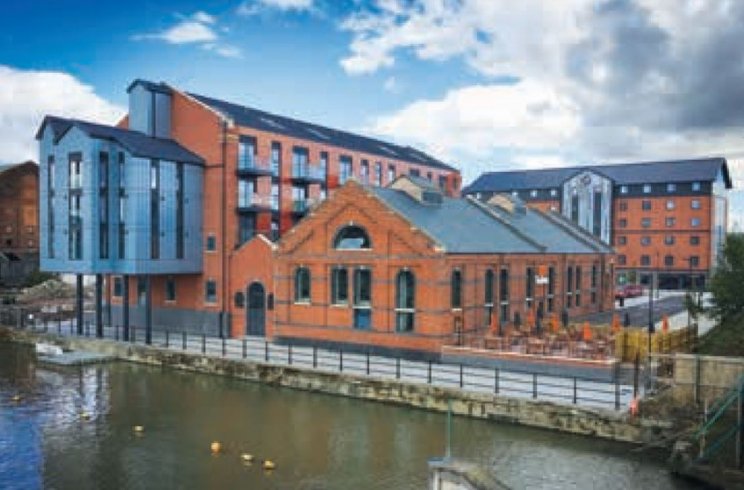 But it takes a brave person to take a punt and invest early in the flats which became part of the transformational scheme, driven by the firm forged to take on the task. This immediately post-Brexit vote.

But invest people did - in the one and two bed luxury waterside apartments that now make up the Provender scheme, aside from the 5,339 sq ft of ground floor restaurant accommodation.

All 46 flats have sold or let by the end of the first year - many immediately, with anecdotes of some changing hands very quickly at a tidy profit for some shrewd investors.

Most are in it for the longer term, confident the high spec modestly priced waterside dwellings were a safe investment, and possibly one day will become homes they move into themselves.

"It has been a tremendous success. I would say there is a really good mix of owner and rented. I would say between 30 and 40 per cent are investment," said Adrian Goodall, the public face of Rokeby Merchants, the company forged from his own business, Rokeby Developments and Michael Chicken's Merchant Place Developments, to drive through both phases of the multi-million pound waterside rebirth.

Mr Goodall's considerable track record at such projects places him at the centre of Newcastle Quayside's rebirth in the North East and, before that, a similar major Docklands project in London, which possibly explains how the scheme many once thought impossible has been able to not just take off - but fly.

Christmas will mark a line in the sand for Rokeby Merchants, as it closes the transformational phase one - and turns its attentions to phase two, which promises a further £20 million of investment. 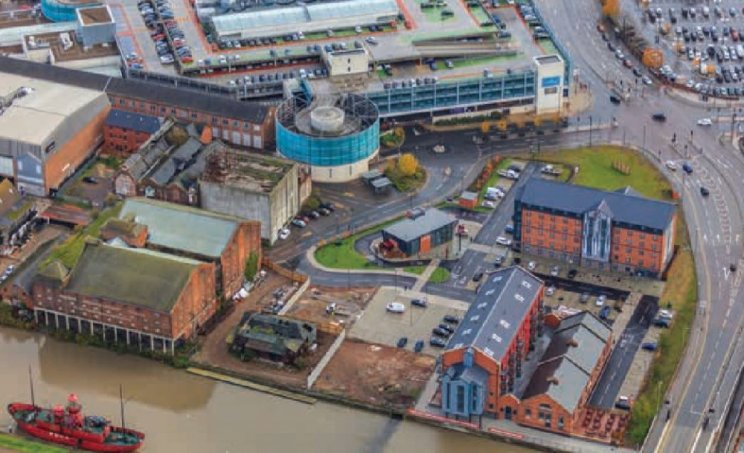 Phase two promises to be equally exciting - the conversion of the Downings, Malthouse and Transit Shed buildings into more residential and restaurant space, but unfortunately we can't say too much about that here.

What we can say is, it bodes well for those who already have their money sitting in the thriving residential, leisure, retail and tourist hot spot - and perhaps makes those who have not rather feel like they have missed the boat.

All understandable, except the latter part, about missing the boat, is not true. Okay, The Cottages in High Orchard Street, penthouse apartments and elevator apartments are sold - but there is still an opportunity. And if ever an investment opportunity was easy to set sail aboard, this could be it.

"We had six investment properties we had leased tenants for more than a year now, which still have tenants, which we decided to sell as we move into concentrating on phase two."

We are talking about what is known as the Provender building, or to those with exceptional memories, once Provender Mill and before that the old Foster Brothers Oil and Cake Mill.

It is a building "sympathetically designed to blend seamlessly into its historic surroundings, with many iconic features of the original mill retained".

A phoenix from the ashes of Provender Mill, ravaged by arson in an attack on the eve of the project's start.

The sales pitch described the package of six flats - priced at £950,000 for the group - as "a unique opportunity to purchase six one bedroom apartments currently let and managed on assured shorthold tenancies with an annual income of £52,200 providing a yield of approximately 5.5 per cent with potential for six per cent."

"They all went to market with tenants - effectively with a proven track record of rental income - and sold. Also, we only have one vacant apartment, number 102, left."

It is truly, the last call to board the phase one investment scheme. If one apartment is not enough, watch this space for news of phase two.

To find out more visit Bakersquay.com