A car ripped a huge hole in a Gloucestershire business and caused thousands of pounds of damage to stock. 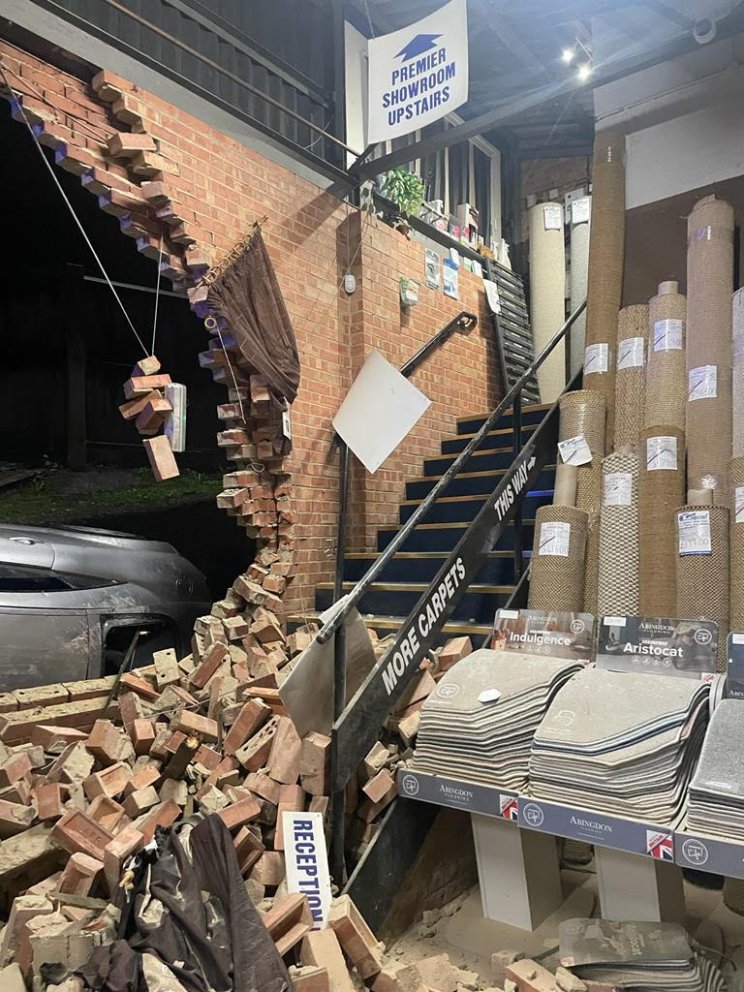 The car hit two other vehicles before flying off the road and into Carpet Hotline Superstore in Stroud.

Neal, one of the directors of the family-run business, said: "When we arrived, there was hole in the building measuring 15 foot by 10 foot.

"All the bricks were at the bottom of our staircase, blocking access to the office. We had to throw all the stock away because of dust, amounting to thousands of pounds in lost stock."

Local company, Shire Building & Property Maintenance, was quickly on the scene and has been hard at work since the incident happened two weeks ago.

Carpet Hotline was closed for two days, but is now open again and trading. It will have to close again for two days when a replacement structural steel is put in place.

Neal continued: "We're a retail store, so it's not good for us to have to close. We've also put a lot of work into tidying and clearing up the building. It's a huge investment in hours."

The business was started by Neal's in-laws 40 years ago and employs seven people. 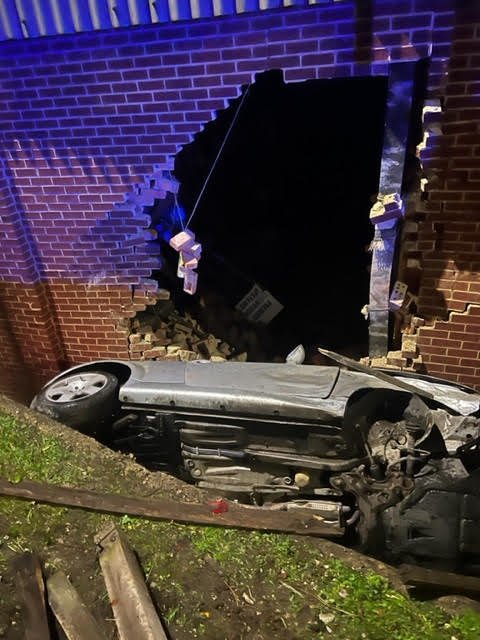 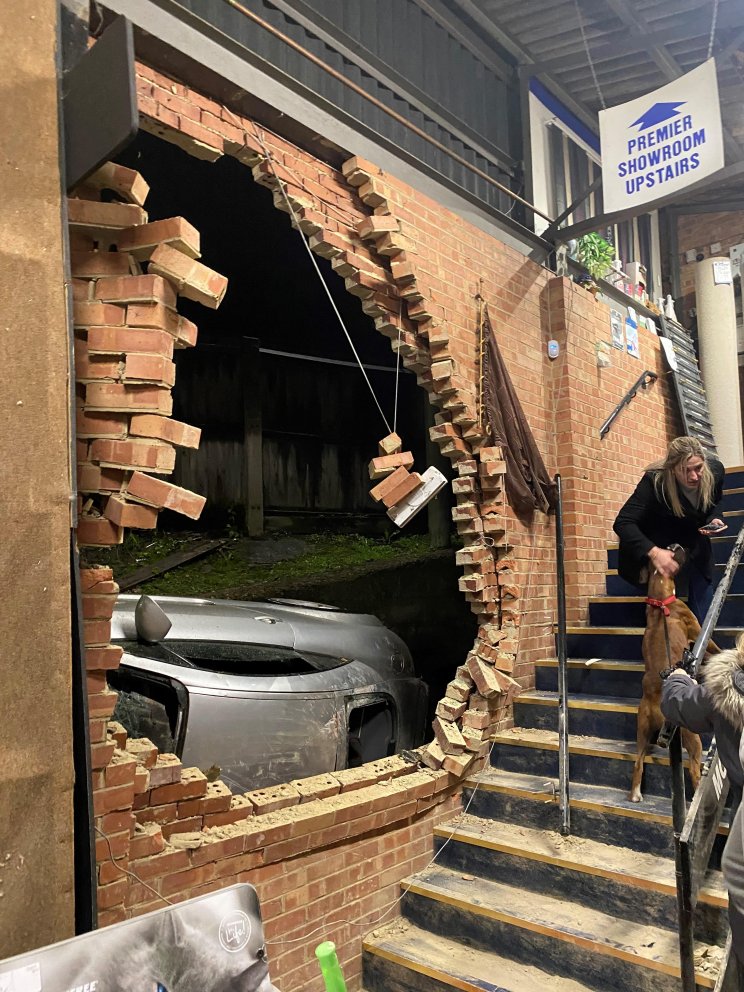 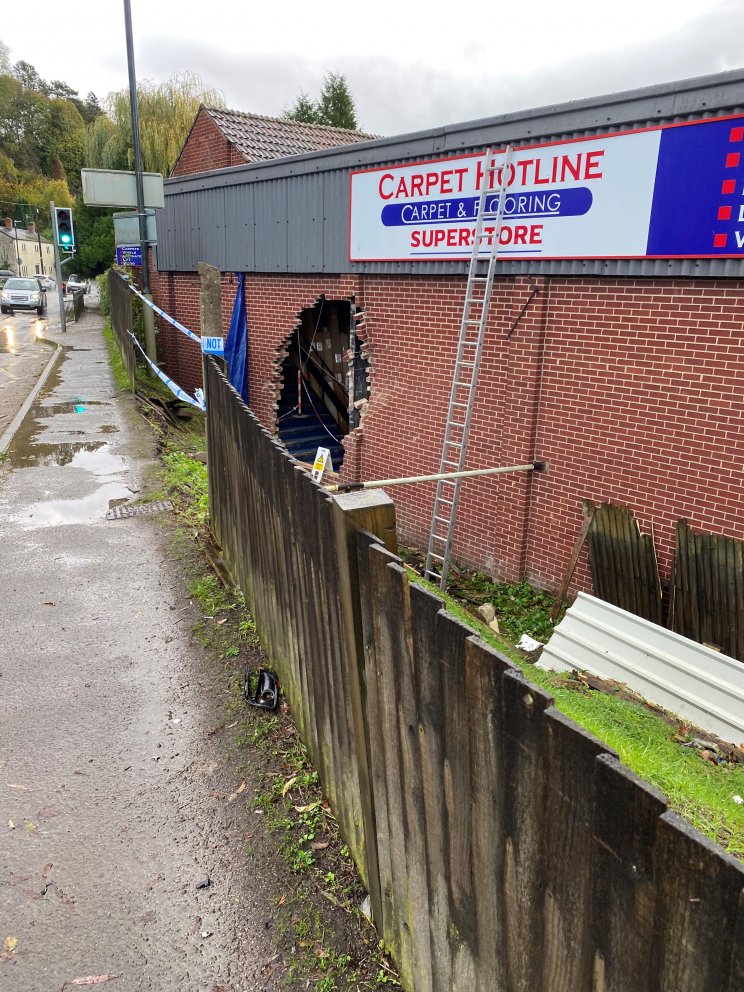