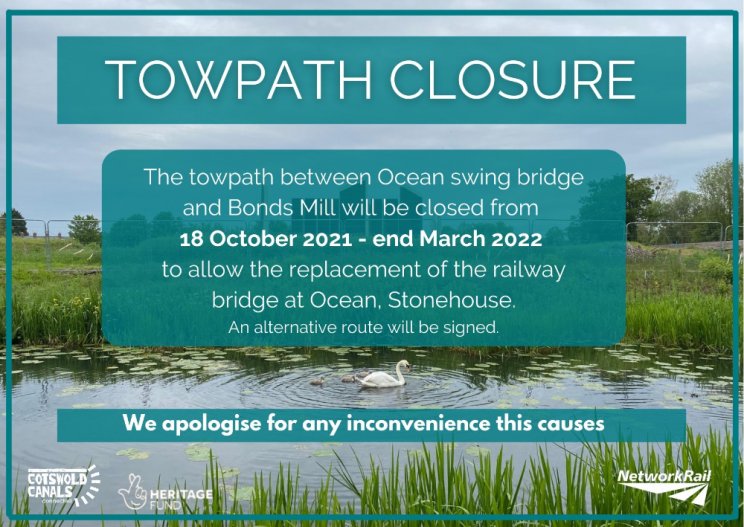 The canal towpath between Ocean swing bridge and Bonds Mill will be closed from Monday (October 18) until the end of March 2022 as part of the work to replace the railway bridge. An alternative walking and cycling route have been arranged and will be signposted.

The current bridge with its narrow opening will be replaced with a new, wider bridge that will allow boats to pass under, and an integrated canalside footpath.

It is the largest engineering project in the Cotswold Canals Connected programme and is a vital part of the plan to connect the restored canal to the national waterways network, eventually making Stonehouse and Stroud canal towns once again.

Network Rail is delivering the work on behalf of Cotswold Canals Connected. Preparatory work will start in October, with the new bridge being installed around the clock between 24 and 30 December 2021. 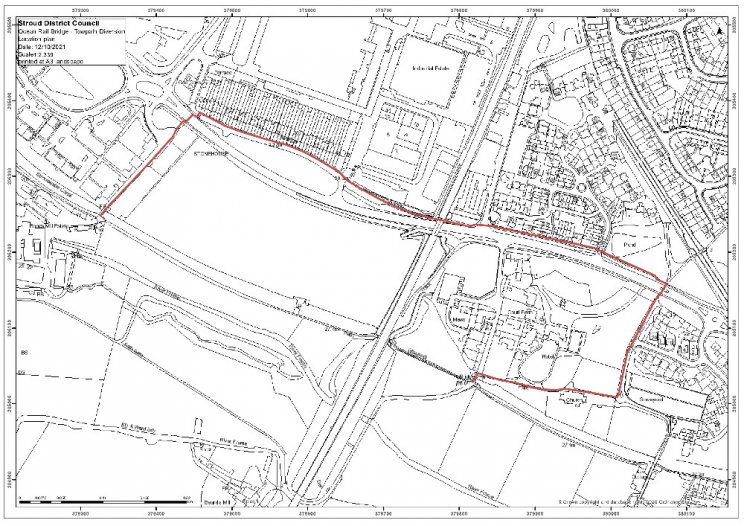 Chris Mitford-Slade, project director of Cotswold Canals Connected said: "The new sections of railway bridge have already been cast on site and have become a popular feature with towpath users. Although the towpath closure means it won't be possible for passers-by to watch the work taking place, we will ensure regular photos and drone footage are posted on the Cotswold Canals Connected website and social media channels so that anyone who is interested can watch the work taking place."

The partnership is committed to significant outcomes for wildlife, people and communities, and canal heritage.